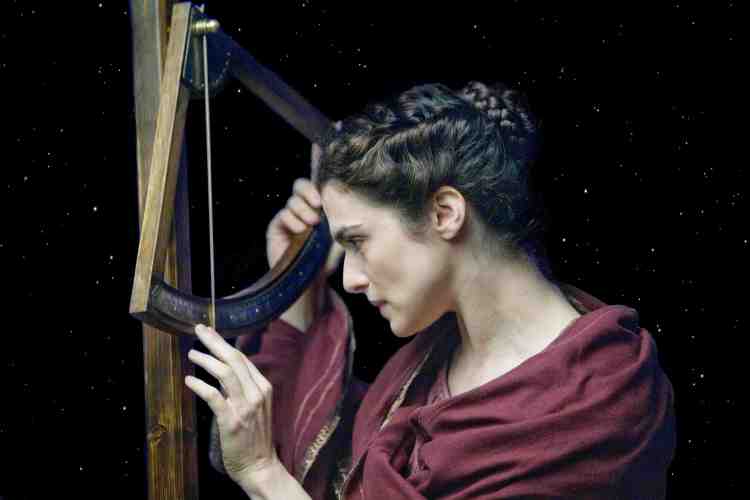 Rachel Weisz as Hypatia in ‘Agora’

The NASA website, appropriately and to their credit, has a page on the Neoplatonist Hypatia.

‘Sixteen hundred years ago, Hypatia became one of the world’s leading scholars in mathematics and astronomy. Hypatia’s legendary knowledge, modesty, and public speaking ability flourished during the era of the Great Library of Alexandria. Hypatia is credited with contributions to geometry and astrometry, and she is thought instrumental in the development of the sky-measuring astrolabe. “Reserve your right to think, for even to think wrongly is better than not to think at all,” Hypatia is credited with saying. “To teach superstitions as truth is a most terrible thing.'”

If only the scientists at NASA were to study and understand Hypatia’s philosophy and developments on it by others, particularly Hegel and then Marx and Engels, who stood it on its feet in a material world, they would have the epistemology that best reflects the world, can best organise what science is telling them about the world’s profoundly poetic and contradictory nature and can best guide their quest for knowledge.

Both the acquisition and organisation of knowledge require an epistemology. For more than one hundred years in particular, since the development of dialectical materialism by Marx and Engels and the rise of a new science, the dominant bourgeois philosophy (neither dialectical nor materialist) has been an impediment to science.

While science (our drive to know and shape the world) pushes ever further past that ideological constraint, it lacks the epistemology necessary to guide its research and fully enable the understanding of its discoveries (see my post ‘Aristotle and Nicholas of Cusa: to be and/or not to be, that is the question’).

Developments on dialectical materialism are the way forward.

One thought on “Hypatia of Alexandria and NASA”