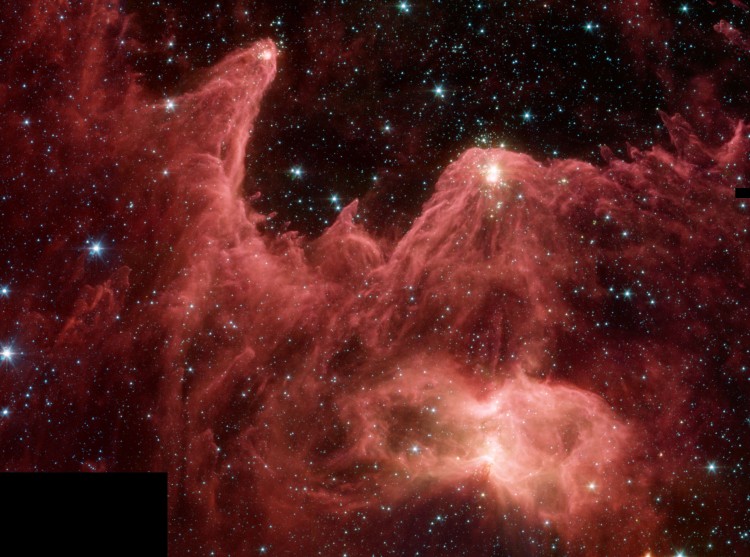 Infrared image of the Mountains of Creation

Throughout the preceding exposition, in connection with every problem of epistemology touched upon and in connection with every philosophical question raised by the new physics, we traced the struggle between materialism and idealism. Behind the mass of new terminological artifices, behind the clutter of erudite scholasticism, we invariably discerned two principal alignments, two fundamental trends in the solution of philosophical problems. Whether nature, matter, the physical, the external world should be taken as primary, and consciousness, mind, sensation (experience – as the widespread terminology of our time has it), the psychical, etc., should be regarded as secondary – that is the root question which in fact continues to divide the philosophers into two great camps. The source of thousands upon thousands of errors and of the confusion reigning in this sphere is the fact that beneath the covering of terms, definitions, scholastic devices and verbal artifices, these two fundamental trends are overlooked. …

The genius of Marx and Engels lies precisely in the fact that during a very long period, nearly half a century, they developed materialism, further advanced one fundamental trend in philosophy, did not rest content with repeating epistemological problems that had already been solved, but consistently applied – and showed how to apply – this same materialism in the sphere of the social sciences, mercilessly brushing aside as rubbish all nonsense, pretentious hotchpotch, the innumerable attempts to “discover” a “new” line in philosophy, to invent a “new” trend and so forth. The verbal nature of such attempts, the scholastic play with new philosophical “isms”, the clogging of the issue by pretentious devices, the inability to comprehend and clearly present the struggle between the two fundamental epistemological trends – this is what Marx and Engels persistently tracked down and fought against throughout their activity.