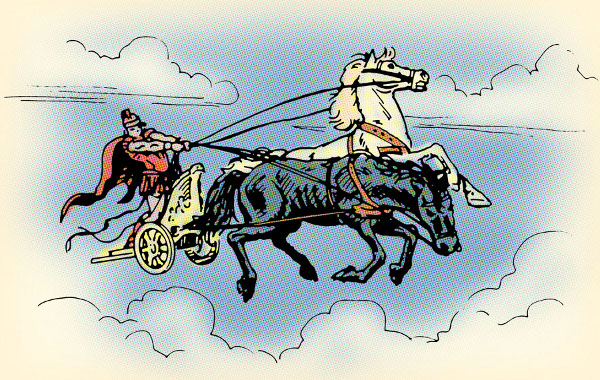 When I process about a lack of hope, I refer not to self-pity but to a loss of faith in others – the same loss of faith that results in the countless ways people use to escape from life (Hegel in his Lectures on the Philosophy of Religion recommended a priesthood of philosophers, caring nothing for the world),1 particularly in the capitalist West, where it is encouraged to believe and practice that exploitation (‘What’s in it for Me?’) forms the basis of all relationships – with others and nature.

I needed someone to recognise my need, and to step forward unasked and help me (why? because I knew I was putting to the test for the first time for myself what I had believed in and acted on for others). My need was recognised  – a friend lent me the money to get my car registered.

‘So what? It’s only a car’ one might reply, but it was a very important symbolic point for me at the time. This ‘small’ act renewed my hope, my belief in humanity and trust in my idealism and sustained me through two degrees, enabling me to develop my philosophy and work, contrary to the dominant capitalist ideology and its academic proponents.

We are animals and our brains function holistically. Thoughts – linguistically structured and those from ‘below’ language seamlessly generate emotions which in turn feed back into thoughts. There is no such thing as a thought without an emotion or vice versa.

There are those who argue that conscious linguistic thought is simply the end point of a very long ‘subterranean’ process – the conscious thought simply manifests ‘decisions’ already ‘taken’. Then there is the degree of development of areas of our brains – which are more literally primitive and which the most advanced and how do they bear on the working of our brains? All these inter-related processes take place constantly in the one brain.

Which brings me to the key justification for Western supremacism – our ‘reason’ – the Great Lie of patriarchal philosophy. What is held up as the most rigorous is often suffused with the most intuitive, the most ‘subterranean’, poetic and dialectical. Mysticism, its influence pervasive in our culture and its philosophy, is built on these processes.

Wittgenstein’s Tractatus, structured with impressive, imposing numerically sequential divisions and taught by academics as a model of intellectual rigour is nothing more than disingenuous mystical gobbledygook book-ended by the core apophatic statement that what we cannot speak of we must pass over in silence.

Russell, in his introduction, discussed Wittgenstein’s attitude to the mystical, pointing out ‘after all, Mr Wittgenstein manages to say a good deal about what cannot be said’ including on ethics – and I would add, aesthetics and God, no less.

The Tractatus (by one whom I regard as Heraclitus without the Heraclitus, by one who was a model for everything philosophy is not) can be consigned with confidence, in terms of worth, to the bottom end of this mystical current.

Hegel’s philosophy, again deeply disingenuous patriarchal mysticism in the name of ‘Reason’ is, as Marx recognised, at the top end of this scale. His philosophy is not only the richest and most complex expression of mysticism, it was, till then, the closest reflection in philosophical language of how the world works. Marx stood Hegel’s structure on its ‘feet’.

In applying Hegel’s philosophy to materialism, Marx developed materialism dialectically (while it is a philosophy not a science, it is the only philosophy for the development of science, which goes ever deeper into the contradictory nature of the world).

But Marx retained a commitment to the place of language in philosophy – that thought, in reflecting the world, is only linguistic and conceptual. And it is in this area that dialectical materialism must be further developed.2

The mystical philosophy that Marx acknowledged he built his own philosophy on, his own method of knowing the world, not only has at its core another way of reasoning – intuition, mysticism’s appreciation of the importance of the emotions to thought and of the complexity in the relations between emotions and thought found expression in the very dialectics Marx positioned at the heart of materialism.

1. ’Instead of allowing reason and religion to contradict themselves, we must resolve the discord in the manner appropriate to us – namely, reconciliation in the form of philosophy. How the present day is to solve its problems must be left up to it. In philosophy itself the resolution is only partial. These lectures have attempted to offer guidance to this end.

2. The same problem the artistic patriarch Plato had with ‘the emotions’ can be found in the lives of the leading Marxists: Unable to unite science and art in his dialogue ‘Cleanthes’, which also carried him ‘like a false-hearted siren into the clutches of the enemy’, Marx abandoned poetry for philosophy in which he hoped to discover ‘our mental nature to be just as determined, concrete, and firmly established as our physical’. In E. Fischer, The Necessity of Art, A Marxist Approach, Trans. A. Bostock, 1959, reprint. Harmondsworth: Penguin, 1986, 4. In his doctoral thesis of 1841 he wrote ‘In order for man to become his only true object, he must have crushed within himself (my italics) his relative mode of being, the force of passion and of mere nature.’ (Ibid.); Lenin, Gorky and Lunacharsky wrote that although Lenin loved music, to listen to it disturbed him very much. In Lenin on Literature and Art, Progress: Moscow, 1978, 270, 284, 285; Trotsky also admitted to ‘resisting’ art. In M. Solomon, Ed. Marxism and Art, Essays Classic and Contemporary, 1973, reprint. Detroit, 1986,192. ↩

2 thoughts on “Reply to Austin 2: on reason and the emotions in philosophy”