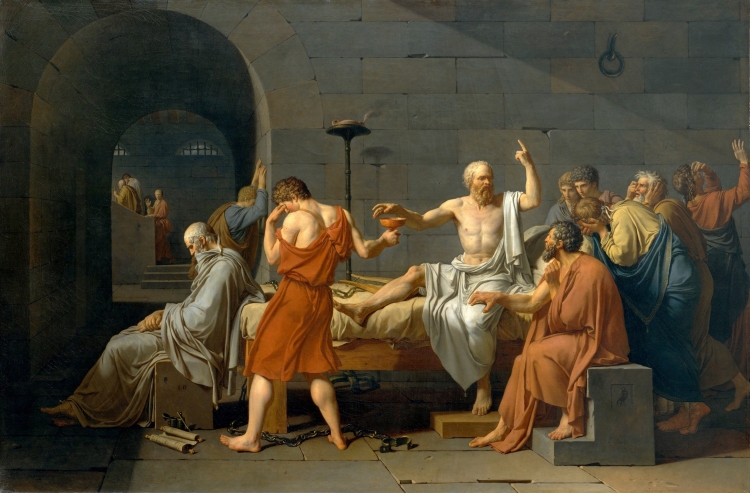 thank you for your comment and wishes. Thirty-two years of absolute commitment in pursuit of my intellectual vision (a concept, as Utzon and many others have experienced, which provokes the same response in Australia as daylight does from Dracula) academically in an authoritarian, anti-intellectual, shame-based and servile culture (all elements of the founding convict culture recently celebrated yet again by Abbott’s awarding a knighthood to the English queen’s husband and prior to that, by Obama’s showing his contempt for him – and thereby, for all Australians – at the G20 etc., etc.) have come to an end.

The most determined avoidance and ignorance of the subject of my intellectual vision – the pervasive impact of mysticism on Western culture and its relationship to dialectical materialism – is the greatest failure in social and intellectual responsibility by generations of time (i.e. capitalist class)-serving academics, particularly in the humanities.

William Franke’s two volume anthology On What Cannot be Said exemplifies the extent to which mysticism has impacted on Western philosophy (in particular), religion, literature and the arts, and it is a failure which, with the decline of the latest fashion in capitalist ideology – ‘postmodernism’ – these philosopher-servants (‘are we now post-postmodernism?’ one of them asks blithely) are now moving ever so gingerly to address.

The assertion by philosophers that what they have drawn from mysticism (which they have treated as their pornography – immensely energising when studied in private but not to be acknowledged and to be dissembled about or denied when questioned on its influence on their work) is in fact the result of the most rigorous conceptual reason is the greatest fraud on social and intellectual responsibility, a blatant lie in support of Western (increasingly threatened) capitalist supremacism – ‘We reason, you stare at your navel and chant “Om”, worship nature, are ruled with failed ideologies or are hung-up on filial piety’.

The supremacist Hegel1 was the high-priest of this. His altar boy Wittgenstein (Heraclitus without the Heraclitus, who wrote in the Foreword to his Philosophical Remarks that he would have dedicated the book to the glory of God but people wouldn’t have understood), as Russell noted, had much to say on what cannot be said – all set out in meticulous mathematical order. There are numerous others.

The present-day philosopher-servants of capital, people who would never go near mysticism before when the modernist and pomo bandwagons were rolling down main street, to be ridden for successful careers (bandwagons themselves suffused with mysticism), academics who rejected me, who abused me, who refused to recommend me for teaching what amounts to the basis for an entire cultural re-reading – an honest cultural re-reading, telling me I am intolerant of the views of others but when asked for evidence could provide none from many hours of class-time, then taught an awareness they got from me, must know that the subject of Western mysticism (particularly modern Western mysticism) has the potential to blow the lid on so much that they and their academic fellows and forebears have been utterly complicit in.

All these people who are now updating their songbooks have histories and should be held to account. Mysticism is not new to Western culture – it runs right through it to the present and its influence on Western culture has been and continues to be profound.

Ever calculating intellectual cowards, I believe these philosopher-servants don’t know what to do with such a hot potato now that they have been forced, by circumstances, to take it.

I believe the results of my absolute commitment and efforts over thirty two years to understand and explicate the impact of mysticism on Western culture have been appropriated from me at both the College of Fine Arts, UNSW and the University of Sydney, while I have been contained, laughed at (in 1999 I submitted a proposal to teach a course titled ‘Art and Ideology through Modernism’ to the Centre for Continuing Education at the University of Sydney. My referees were a professor in the department of fine arts at the university and a prominent Australian art writer. After numerous phone calls to the CCE because I had received neither a reply nor a decision, I finally spoke with a woman who asked me the name of my proposed course. When I told her, this provincial fool laughed, saying ‘That course wouldn’t suit our demographic’ and hung up), and excluded.

My blog has resulted from these and many other similar experiences.

1. ‘(The Oriental spirit) remains impoverished, arid, and just a matter for the understanding. For this reason we find, on the part of Orientals, only reflections, only arid understanding, a completely external enumeration of elements, something utterly deplorable, empty, pedantic, and devoid of spirit, an elaboration of logic similar to the old Wolffian logic. It is the same with Oriental ceremonies.

This is the general character of Oriental religious representations and philosophy. There is, as in their cultus, on the one hand an immersion in devotion, in substance, and so the pedantic detail of the cultus – a vast array of the most tasteless ceremonies and religious activities – and on the other hand, the sublimity and boundlessness in which everything perishes.

There are two Oriental peoples whom I wish to mention, the Chinese and the Indians.’

G.W.F.Hegel, Lectures on the History of Philosophy 1825-6 Volume I: Introduction and Oriental Philosophy, Together With the Introductions from the Other Series of These Lectures, Trans. Robert F. Brown and J.M. Stewart, Clarendon Press, Oxford, 2009, 106 ↩

8 thoughts on “What is philosophy the love of?”