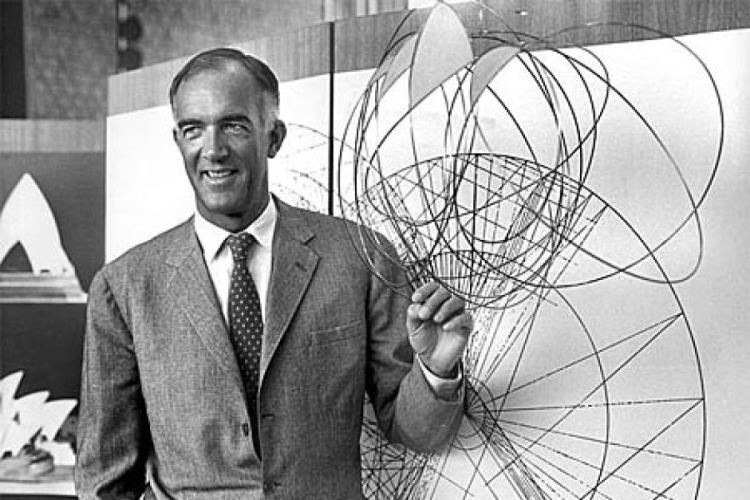 Utzon suddenly left this country, and to the best of my knowledge regarding the true reason for why he left, and at such short notice, he did so in silence.

While he would never be drawn back here by provincial ‘movers and shakers’ – small-town toadies embarrassed by the departure of this architect who now had a world-wide reputation, he maintained, to my deep regret, a ‘dignified silence’ on the subject for the remainder of his life.

I process ‘deep regret’ because I am sure I and many others would have benefitted from hearing or reading ‘his side of the story.’

His justification – ‘health concerns’ – for not coming back played into the hands of the Australians who had driven him out. Narrowing the cause to the smallest point, they claimed he left because of his disputes with the NSW Minister for Public Works – ‘What a mean-spirited minister he was, but now he’s thankfully gone.’

Utzon left because of his dispute with Australian culture. I recall a video I saw of Utzon talking about his Opera House. He spoke of walking around the site and an Italian workman saying to him that it would be a beautiful building. He then repeated the words of an Aussie working on the site – ‘I’m only doing it for the money’. Utzon himself had noted the difference.

Australians have now, like the followers of Christ, taken the building ‘to their hearts.’ But not the lesson. It is still entirely lost on them.

In wanting (for me to make the best of it) to put their shame and anti-intellectual, anti-visionary, anti-cultural meanness behind them, they pretend these problems don’t exist.

I process ‘anti-cultural’ because ‘culture’ should be defined by an attitude to and an eagerness for what does not yet exist, it is not primarily the sum of what has been achieved.

The attitude to intellect, vision and culture indicates the orientation of a society – either to a craving for certainty (always backward-looking), or to the embrace of uncertainty (always looking to the future).

I am very aware that in making the criticisms I do of Australian culture, particularly in a wealthy nation dominated by the religion (and extremely powerful ideological tool) of niceness, I am immediately leaving myself open to the charge of ‘bitter and twisted’.

Firstly, I say (as do those who dominate this country), ‘Fuck niceness!’

Secondly I say ‘Look at the evidence’ (if you search for ‘Australian cringe’, ‘Australian shame’ and ‘Australian servility’ on my blog you can find a lot of references to and discussions of it), not only from my experience, but from that of many others and from Australian history.

And you will find the most powerful evidence particularly if you look at the dominant white culture’s continuing genocidal behaviour towards Australia’s indigenous. I highly recommend John Pilger’s documentary work exposing this.

Sweeping problems ‘under the carpet’, hoping they will go away, is never the way for a country to develop.

Not only is that the ‘best’ way to ensure that the problems will never ‘go away’ (because there is something to be hidden, something to continue being ashamed of, whether justified or not), that a nation can look at its problems (obviously every nation has them) and deal fairly with them is a measure of its maturity.

The very denial, rejection, by Australians of the problems I point to (even as they ‘punch above their weight’ in the global arena [?!]) is evidence not only of the problems of which I process but of the degree of immaturity of this culture.