Two of the Vietnamese fishing boats in a Darwin boat yard on Thursday. Photo: Glenn Campbell

A small fleet of brightly coloured Vietnamese fishing boats based in Darwin are believed to be replacing the orange lifeboats used by the Customs and Border Protection department to tow back asylum seeker boats that make it to Australian waters.

Fairfax Media understands that 10 red, blue and green wooden boats have been bought by the Customs department from Dragon Industries Asia as “tow back” boats in a multi-million dollar project.

Having succeeded in “stopping the boats”, it appears the Abbott government has opted for a cheaper alternative to the orange lifeboats, which cost the government $7.5 million last year. 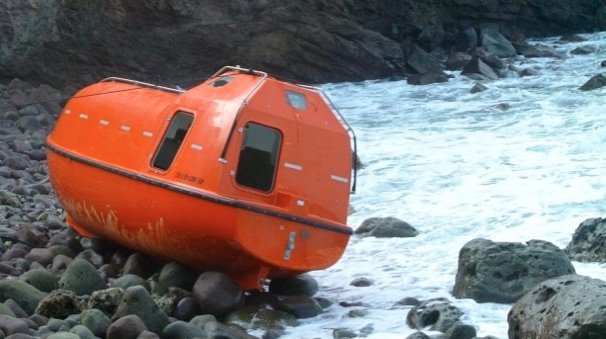 It is believed each orange lifeboat, which can only be used once, costs about $200,000.

On the Dragon Industries Asia website it confirms that the Customs and Border Protection Department is a client and that it has has tasked the company to deliver 10 “alternative vessels” from “preliminary design”.

“This project was delivered to exceptionally tight deadlines, with final delivery of all vessels within 18 weeks of project inauguration,” it says.

“Upon completion of the vessels Dragon was given a repeat order to be delivered by the end of the last quarter in 2014, further enhancing Dragon’s ability to service it’s [sic] clients quality, delivery and management needs.”

In a company tweet, it shows one of the managers Marc Brujins sitting on a tugboat, with the caption, “moving 5 specialized transportation craft to a heavy lift vessel for final delivery!”

The boats are now being stored at Spot on Marine in Darwin. A spokeswoman of the firm told Fairfax Media to contact the Customs department for any further information.

When Dragon Industries Asia was contacted on separate days by Fairfax Media, a spokesman said that the company was actually a software company. Then on a separate call, the spokesman refused to hand over the details of the managing director Tim Clements.

In a Facebook message, the company replied to Fairfax Media inquiries saying: “Please be advised that any information in relation to Operation Sovereign Borders must be obtained from the Australian Government.

A spokesman said: “Customs and Border Protection uses a variety of vessels to prepare for and perform its maritime tasks.”

2 thoughts on “My island home and its limbo culture: cultural sensitivity at its best”