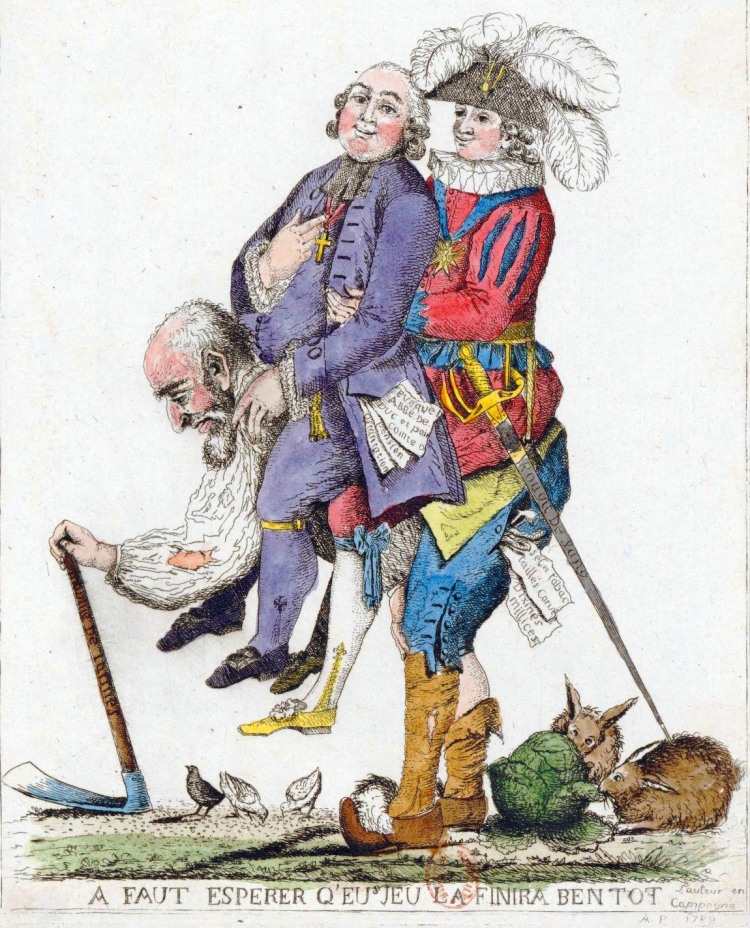 ‘You should hope that this game will be over soon.’ The Third Estate carrying the clergy and the nobility on its back, 1789

Now, according to Hegel, reality is, however, in no way an attribute predictable of any given state of affairs, social or political, in all circumstances and at all times. On the contrary. The Roman Republic was real, but so was the Roman Empire, which superseded it. In 1789, the French monarchy had become so unreal, that is to say, so robbed of all necessity, so irrational, that it had to be destroyed by the Great Revolution, of which Hegel always speaks with the greatest enthusiasm. In this case, therefore, the monarchy was the unreal and the revolution the real. And so, in the course of development, all that was previously real becomes unreal, loses it necessity, its right of existence, its rationality. And in the place of moribund reality comes a new, viable reality — peacefully if the old has enough intelligence to go to its death without a struggle; forcibly if it resists this necessity. Thus the Hegelian proposition turns into its opposite through Hegelian dialectics itself: All that is real in the sphere of human history, becomes irrational in the process of time, is therefore irrational by its very destination, is tainted beforehand with irrationality, and everything which is rational in the minds of men is destined to become real, however much it may contradict existing apparent reality. In accordance with all the rules of the Hegelian method of thought, the proposition of the rationality of everything which is real resolves itself into the other proposition: All that exists deserves to perish.