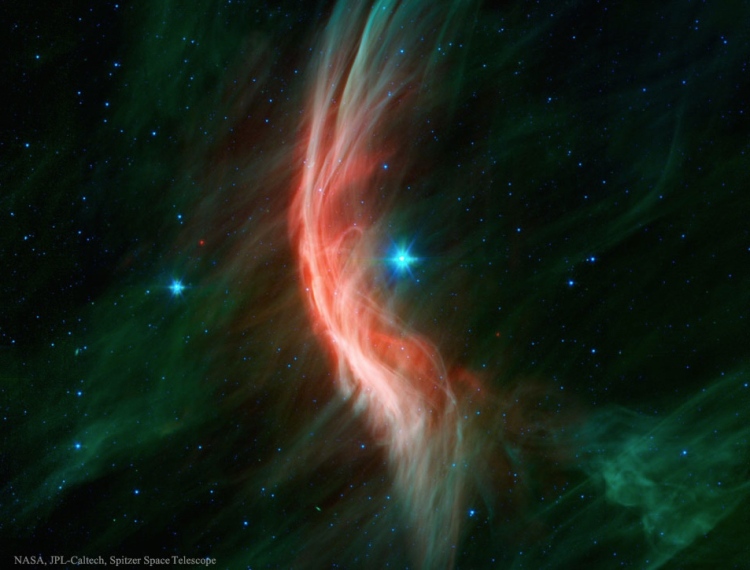 Zeta Ophiuchi: Runaway Star. 20 times more massive than the Sun, moving at 24 kilometres per second. What set this star in motion?

Bourgeois philosophy is increasingly an impediment to knowledge.

Marx took the following and stood it on its feet, anchoring it in the material world.

When based in praxis, it is the core of the tool for structuring and developing our knowledge of the world, reflecting in theory the engine of the world itself – what set and keeps Zeta Ophiuchi in motion.

‘(The thinking of formal logic) keeps to external reflection and knows of no other thinking but external reflection, fails to attain to a grasp of identity…or of essence, which is the same thing. Such thinking always has before it only abstract identity, and apart from and alongside it, difference. …It proceeds analytically. …These assertions and opinions about what reason does must be completely set aside, since they are in a certain measure merely historical; the truth is rather that a consideration of everything that is, shows that in its own self everything is in its self-sameness different from itself and self-contradictory, and that in its difference, in its contradiction, it is self-identical, and is in its own self this movement of transition of one of these categories into the other, and for this reason, that each is in its own self the opposite of itself. The Notion of identity, that it is simple self-related negativity, is not a product of external reflection but has come from being itself. Whereas, on the contrary, that identity that is aloof from difference, and difference that is aloof from identity, are products of external reflection and abstraction, which arbitrarily clings to this point of indifferent difference.’