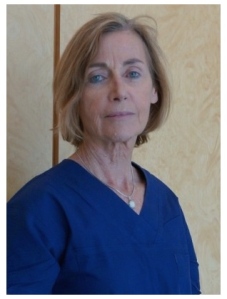 Complaints that female trainees were being sexually harassed by senior surgeons corruptly wielding power over their careers have been ignored by the Royal Australasian College of Surgeons for seven years, a doctor says.

Explosive leaked documents reveal Sydney surgeon Gabrielle McMullin told the college in 2008 that three female trainees had asked her advice on how to deal with senior surgeons asking for sexual favours. In two cases, corruption of training processes was alleged.

Dr McMullin said she told the trainees that granting sexual services was “probably the safest way to play it in that there will be no ‘fuss'”. However, she said she warned the women that “men have very short memories following sex and are unlikely to follow through with promises of training positions”.

“Refusing sexual services is the most palatable option but it is likely to lead to some grief in terms of references and reports,” she wrote in the letter to Professor Gough.

“I have discussed, with my male colleagues, the possibility of making a complaint to the college and this suggestion has been greeted with horror and an assurance that such a complaint would mean the end of the surgical career of the trainee.”

In the letter, Dr McMullin said she found the situation abhorrent and wanted to protect the trainees. She asked for advice about how the problem should be tackled.

But Dr McMullin, who shot to prominence earlier this year when she commented on sexual harassment in surgery, said the college was not interested in investigating the allegations.

While her letter was acknowledged with a written response about the college’s policies and a phone call, she said nobody asked her who the alleged perpetrators were or for more information from the trainees.

“They did not want to know,” she said. “You might think someone would phone me and say, ‘Oh my goodness, this is a terrible situation. Would you like to come and talk to us about it in confidence?’ I was just a bad smell and they just wanted me to go away.”

In March, Dr McMullin warned that sexism was so rife among surgeons, and complaint mechanisms were so weak, that it was safer for women, in terms of their careers, to give in to sexual advances from superiors rather than to refuse them or complain.

The president of the college at the time, Professor Michael Grigg, slammed her comments as “appalling” and said victims should be reporting harassment. At the time, a college spokesman also said: “The college actively encourages trainees and fellows to come forward in confidence with any such allegations, which will be thoroughly investigated.”

Documents show that in 2008, the college’s chief executive, David Hillis, wrote to the executive committee describing Dr McMullin’s claims as “deeply disturbing”, and he said college fellows had been involved in “a number of events where professional (including educational) and personal activities have become significantly blurred”.

Dr Hillis sought legal advice from Michael Gorton, a lawyer who was also then chairman of the Victorian Equal Opportunities and Human Rights Commission.

In a letter to the committee, Mr Gorton said the claims “cannot be lightly ignored” and warned the college it could face legal action.

“The college is on notice of its potential risk in relation to discrimination, harassment and bullying issues,” he said.

“Whilst obviously primary responsibility for these issues remains at the employer level (hospitals and others), there remains exposure for the college. Supervisors of training could be seen as agents of the college, for which the college will have vicarious liability.”

Mr Gorton recommended better policies, education, promotion of messages against harassment, a survey to determine the extent of it, and a mentoring program to help victims.

However, it is unclear what, if anything, the college did in response to this advice at the time. When asked this week why it did not seek further information from Dr McMullin about the perpetrators or victims, the college’s current president, Professor David Watters, did not comment.

Instead, he issued a written statement saying the college could improve its management of complaints and would release an action plan in November for tackling bullying, harassment and discrimination. This follows a report commissioned by the college this year which found half of all surgeons had been victims of the cultural problems.

“We have already made significant changes to our complaints management process, especially around the establishment of a RACS Complaints Hotline and RACS Support Program,” Professor Watters said.

Both the hotline and support program were created this year — seven years after Mr Gorton’s recommendations.