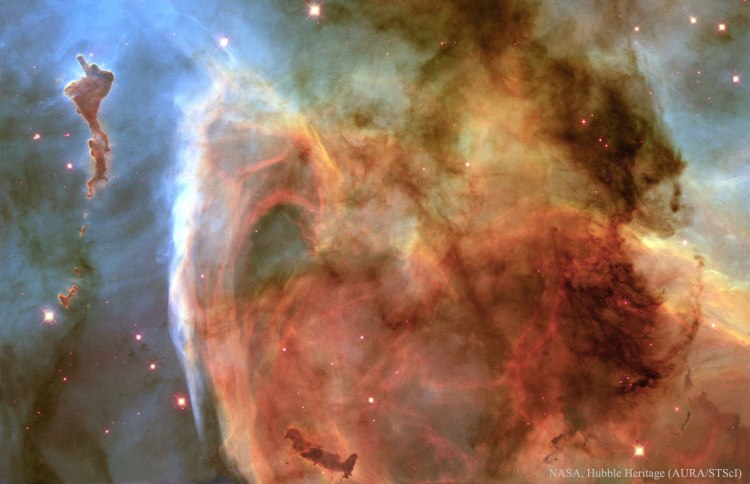 The Keyhole in the Carina Nebula

‘This is the life of gods and of the godlike and blessed among men, liberation from the alien that besets us here, a life taking no pleasure in the things of earth, the passing of solitary to solitary.’

‘periods must occur in which the spirit of nobler natures is forced to flee from the present into ideal regions, and to find in them that reconciliation with itself which it can no longer enjoy in an internally divided reality…Thought is then impelled to become thinking reason’

‘Philosophy, then, is the reconciliation of the decay that thought has initiated, a reconciliation taking place in an ideal world, one into which thought takes flight when the earthly world no longer satisfies it.’

G.W.F.Hegel, Lectures on the History of Philosophy 1825-6 Volume I: Introduction and Oriental Philosophy, Together With the Introductions from the Other Series of These Lectures, Trans., Robert F.Brown and J.M.Stewart, Clarendon Press, Oxford, 2009, 68 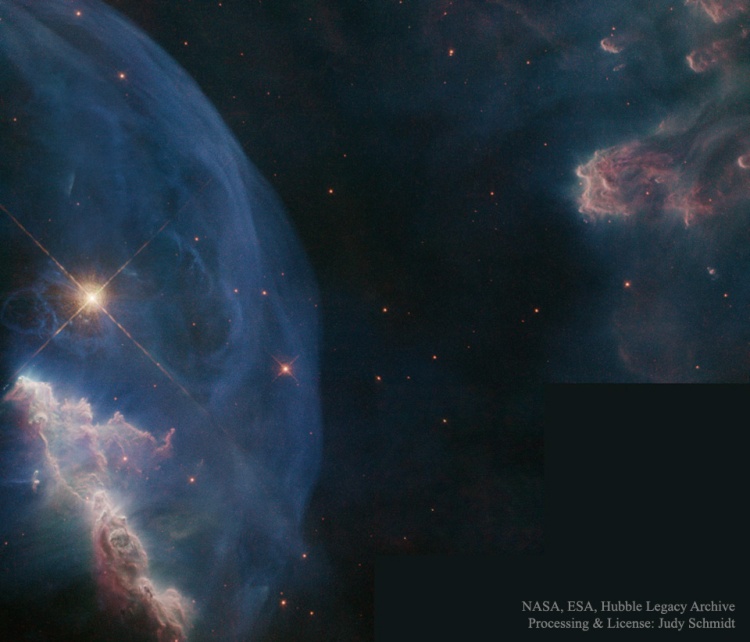 Close-up of the Bubble Nebula

‘(When a people’s) best times are past and decay sets in…satisfaction resides then in the ideal realm. Spirit flees from the present and seeks a locus that is not present-day existence but instead a world apart from it, and that is the locus of thought. These are the times when we see philosophy come on the scene for a people.’

Lectures on the History of Philosophy 1825-6 Volume I: Introduction and Oriental Philosophy, Together With the Introductions from the Other Series of These Lectures, Trans., Robert F. Brown and J.M. Stewart, Clarendon Press, Oxford, 2009, 272-3

‘Instead of allowing reason and religion to contradict themselves, we must resolve the discord in the manner appropriate to us – namely, reconciliation in the form of philosophy. How the present day is to solve its problems must be left up to it. In philosophy itself the resolution is only partial. These lectures have attempted to offer guidance to this end.