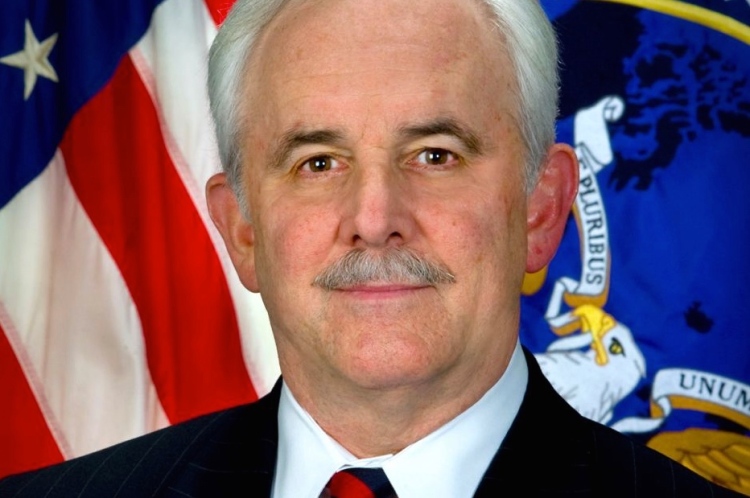 ‘David C Gompert says US and Australian forces know how to work together – an advantage in a war.’ Excuse me. Could you repeat the end of that?

ELEANOR HALL: But first today, a former chief intelligence advisor to Barack Obama has predicted that Australia could play a very “consequential” role in any war between the United States and China.

Tensions between the world’s two major military powers have been building for months over Beijing’s rapid expansion in the South China Sea.

Some analysts are predicting they could soon boil over into outright conflict.

ANDREW GREENE: The prospect of a military showdown between Beijing and Washington is so far only academic, but increasingly military analysts are talking about what such a war could look like.

China’s military expansion in the South China Sea is closely watched in America where a comprehensive US Army commissioned report has just asked the question of whether tensions could soon erupt.

DAVID GOMPERT: There is a potential that it could be very intense and very destructive but not necessarily brief. It could drag on with neither side being able to win a decisive military victory.

ANDREW GREENE: The report’s lead author is David Gompert, who was at one stage the Acting Director of National Intelligence in Barack Obama’s administration with oversight of the US intelligence community.

His recently published report, War with China: Thinking through the Unthinkable, also looks at the possible role Australia might play.

EXCERPT FROM ‘WAR WITH CHINA’: Depending on the cause and locus of the conflict, other East Asian states would mostly side with the United States in varying degrees, support ranging from permission to use bases to the possible commitment of forces (for example, Australia, New Zealand, and the Philippines), to cautious support for the United States among countries with strong ties to China.

EXCERPT FROM ‘WAR WITH CHINA’: The participation of Australian forces, because of their quality, could have military significance despite their small size.

Apart from military contributions, the longer and more severe the conflict, the more and perhaps more permanently China could become isolated from the very region it aspires to lead.

ANDREW GREENE: David Gompert has told The World Today as a long standing American ally, Australia’s role could be a pivotal one.

On Saturday the South China Morning Post cited a Chinese administration source saying the country could begin construction work on the disputed Scarborough Shoal before the US presidential election in November.

So what are the prospects of an imminent war to Australia’s north?

The former US intelligence chief David Gompert says at this stage it’s still only a remote possibility, but a military misunderstanding is much more likely.

DAVID GOMPERT: Two units, let’s say, end up firing on one another and that triggers a larger conflict – that is not implausible; it’s not unthinkable.

The other possibility which is explored is that during a crisis one could experience what in traditional strategic theory is called “crisis instability” in which case each side begins to worry that the other side might be considering military action.