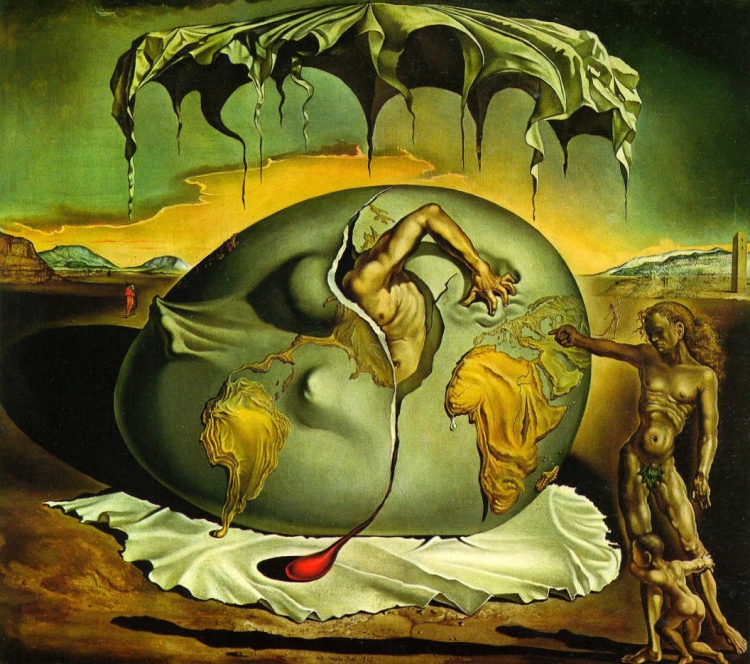 The idea had never come into my head before – but then the thing is precisely thus: we who live on this earth are constantly walking over a burbling, blood-red sea of fire hidden there, deep within the maw of the earth. But we never think of that. But now suppose that this thin shell under our feet were suddenly turned to glass, that we were suddenly to see –

I had turned to glass. I saw into myself, deep within me. There were two Is. One I was my former self, D-503, the number D-503, while the other…Up to now he had merely shoved his shaggy hands just a little out of the shell, but now all of him was crawling out; the shell was cracking, any minute now it would fly into smithereens and…and what then?