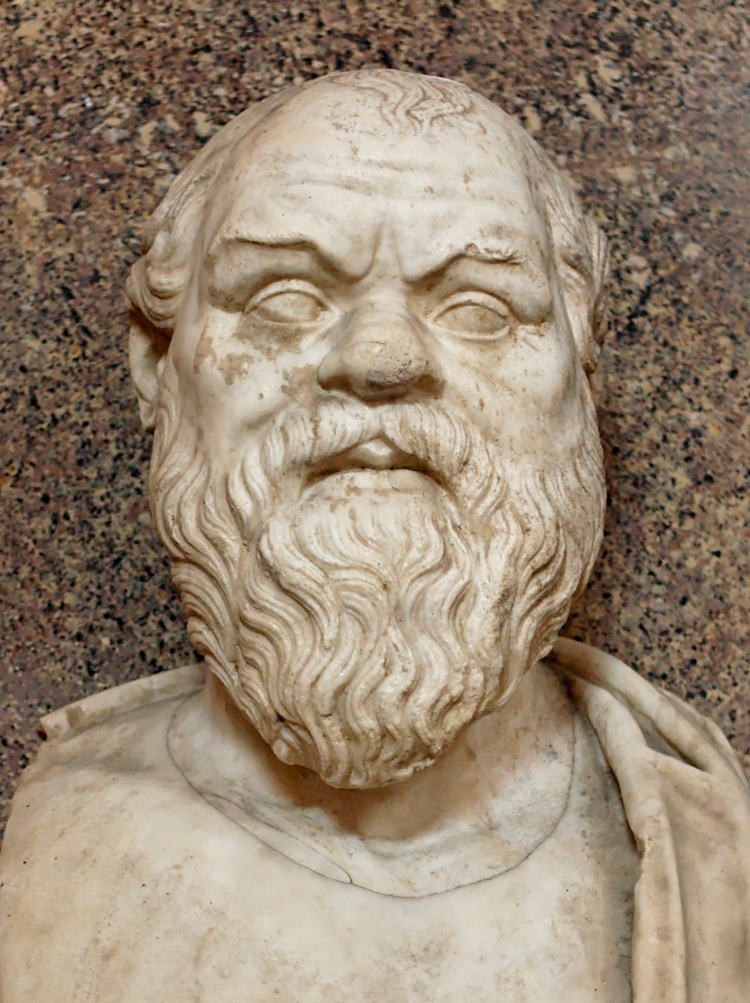 Bust of Socrates, artist unknown, marble. Roman copy after a Greek original from the 4th century BC. From the Quintili Villa on the Via Appia, Vatican Museums

A. When a ruthless, shameless thief, liar and academic (i.e one who basks in the claim to be an upholder of the highest values of a secular culture and who repeatedly and solemnly warns students of their obligations to adhere to those values and of the consequences of breaching them, however slightly) teaches friendship and truth.

The deed is precisely done, the waves close and everyone’s just doing their best (‘We’re all innocent in here’ – ‘The Shawshank Redemption’). But the ideologues know they must never lose control of the ideas. Their actions are not only governed by greed – as substantial a motivator as that is for them – but by the necessity for an always acute attention to the boundaries and tolerances of dominant, patriarchal interests.

These maintainers of ‘the highest standards’ embody and uphold those of their capitalist masters (exploitation, theft, lies, hypocrisy and pretence) with unswerving loyalty, determination and focus.