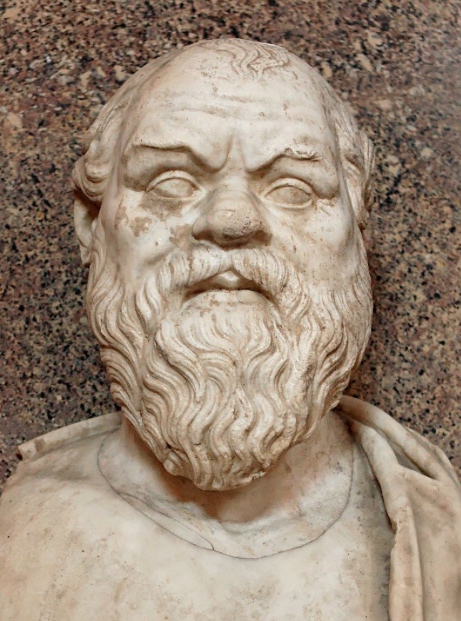 Bust of Socrates. Marble, Roman copy after a Greek original from the 4th century BC. From the Quintili Villa on the Via Appia.

On 21.04.15 I sent an email to Professor Benitez who was then the Chair of Philosophy to explain why I failed to submit my Honours thesis. I also made the strongest criticism of the Department and of academic philosophers with regard to your failure over a very long period to teach mysticism and its profound impact on Western culture – even as it is now, with the decline of postmodernism, finally and increasingly taught in other sections of your University and at other universities in Australia.

I processed of my experience of Kerry Sanders who teaches at the University’s Centre for Continuing Education, who now not only teaches mysticism, and in a range of areas, having described in class a person who questioned Derrida about the possibility of Neoplatonism’s influence on him as a ‘complete fuckwit’, but also friendship and truth. I copied that email to others in your Department and in the University, including the Vice-Chancellor, and received no reply from any, other than an acknowledgement of receipt on behalf of the latter.

As the current Chair of Philosophy, I want you to know that I have not only kept my word – to complete my thesis (in which I argue that Hegel was the consummate Neoplatonist) and make it available on the web (I have attached copies of it, with two versions of the title page, below) – but I have far exceeded that promise, having processed one of not 12,000 words but 125,000.

I completed my thesis both because my criticisms, while they would have been in no way invalidated, would have rung exceedingly hypocritical if I had not done so and because of what I believe so well exemplifies a key aspect of the significance of Neoplatonism – the contrast between the reason of Plotinus and the claims for it used to justify Western patriarchy and supremacism, both regarding and in the philosophy of the ‘master of conceptual reason’, Hegel.