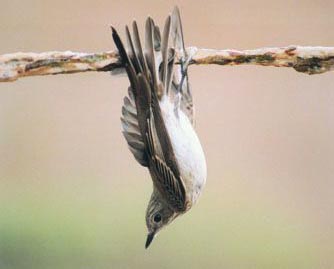 It is a natural assumption that in philosophy, before we start to deal with its proper subject-matter, viz. the actual cognition of what truly is, one must first of all come to an understanding about cognition, which is regarded either as the instrument to get hold of the Absolute, or as the medium through which one discovers it. A certain uneasiness seems justified, partly because there are different types of cognition, and one of them might be more appropriate than another for the attainment of this goal, so that we could make a bad choice of means; and partly because cognition is a faculty of a definite kind and scope, and thus, without a more precise definition of its nature and limits, we might grasp clouds of error instead of the heaven of truth. This feeling of uneasiness is surely bound to be transformed into the conviction that the whole project of securing for consciousness through cognition what exists in itself is absurd, and that there is a boundary between cognition and the Absolute that completely separates them. For, if cognition is the instrument for getting hold of absolute being, it is obvious that the use of an instrument on a thing certainly does not let it be what it is for itself, but rather sets out to reshape and alter it. If, on the other hand, cognition is not an instrument of our activity but a more or less passive medium through which the light of truth reaches us, then again we do not receive the truth as it is in itself, but only as it exists through and in this medium. Either way we employ a means which immediately brings about the opposite of its own end; or rather, what is really absurd is that we should make use of a means at all.

It would seem, to be sure, that this evil could be remedied through an acquaintance with the way in which the instrument works; for this would enable us to eliminate from the representation of the Absolute which we have gained through it whatever is due to the instrument, and thus get the truth in its purity. But this ‘improvement’ would in fact only bring us back to where we were before. If we remove from a reshaped thing what the instrument has done to it, then the thing – here the Absolute – becomes for us exactly what it was before this [accordingly] superfluous effort. On the other hand, if the Absolute is supposed merely to be brought nearer to us through this instrument, without anything in it being altered, like a bird caught by a lime-twig, it would surely laugh our little ruse to scorn, if it were not with us, in and for itself, all along, and of its own volition. For a ruse is just what cognition would be in such a case, since it would, with its manifold exertions, be giving itself the air of doing something quite different from creating a merely immediate and therefore effortless relationship. Or, if by testing cognition, which we conceive of as a medium, we get to know the law of its refraction, it is again useless to subtract this from the end result. For it is not the refraction of the ray, but the ray itself whereby truth reaches us, that is cognition; and if this were removed, all that would be indicated would be a pure direction or a blank space.

3 thoughts on “Hegel: cognition and the observer effect”