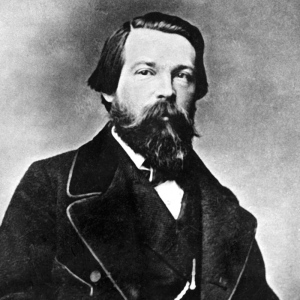 ‘It is an eternal cycle in which matter moves, a cycle that certainly only completes its orbit in periods of time for which our terrestrial year is no adequate measure, a cycle in which the time of highest development, the time of organic life and still more that of the life of beings conscious of nature and of themselves, is just as narrowly restricted as the space in which life and self-consciousness come into operation; a cycle in which every finite mode of existence of matter, whether it be sun or nebular vapour, single animal or genus of animals, chemical combination or dissociation, is equally transient, and wherein nothing is eternal but eternally changing, eternally moving matter and the laws according to which it moves and changes. But however often, and however relentlessly, this cycle is completed in time and space; however many millions of suns and earths may arise and pass away; however long it may last before, in one solar system and only on one planet, the conditions for organic life develop; however innumerable the organic beings, too, that have to arise and to pass away before animals with a brain capable of thought are developed from their midst, and for a short span of time find conditions suitable for life, only to be exterminated later without mercy – we have the certainty that matter remains eternally the same in all its transformations, that none of its attributes can ever be lost, and therefore, also, that with the same iron necessity that it will exterminate on the earth its highest creation, the thinking mind, it must somewhere else and at another time again produce it.’ 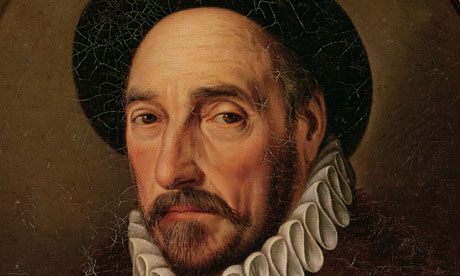 ‘…if you should determine to try and grasp what Man’s being is, it would be exactly like trying to hold a fistful of water: the more tightly you squeeze anything the nature of which is always to flow, the more you will lose what you try to retain in your grasp. So, because all things are subject to pass from change to change, Reason is baffled if it looks for a substantial existence in them, since it cannot apprehend a single thing which subsists permanently, because everything is either coming into existence (and so not fully existing yet) or beginning to die before it is born.’ Plato said that bodies never have existence, though they certainly have birth, believing that Homer made Oceanus Father of the Gods and Thetis their Mother, to show that all things are in a state of never-ending inconstancy, change and flux…we must conclude that God alone IS: not according to any measure known to Time, but according to an unchanging and immortal eternity…’