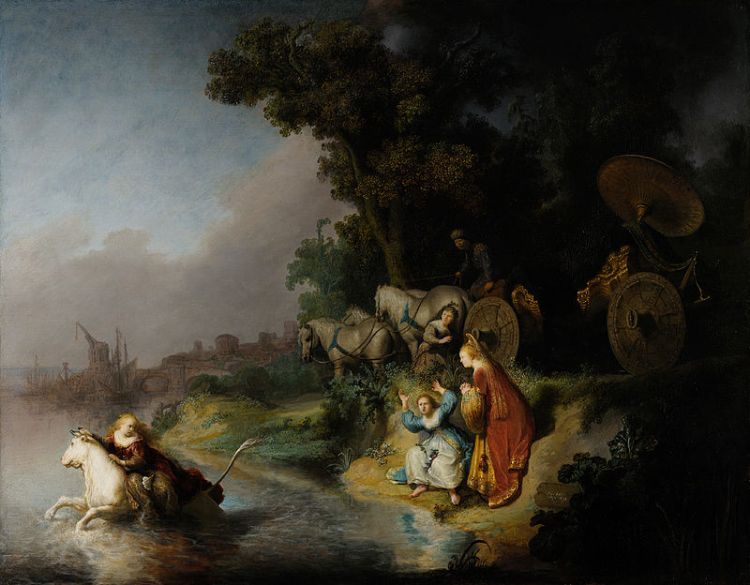 ‘the Old World exhibits the perfect diremption into three parts, one of which, Africa, the compact metal, the lunar principle, is rigid through heat, a land where man’s inner life is dull and torpid – the inarticulate spirit which has not awakened into consciousness; the second part is Asia, characterised by Bacchanalian extravagance and cometary eccentricity, the centre of unrestrained spontaneous production, formlessly generative and unable to become master of its centre. But the third part, Europe, forms the consciousness, the rational part, of the earth, the balance of rivers and valleys and mountains – whose centre is Germany. The division of the world into continents is therefore not contingent, not a convenience; on the contrary, the differences are essential.’

‘The principle of the European mind is, therefore, self-conscious Reason which is confident that for it there can be no insuperable barrier and which therefore takes an interest in everything in order to become present to itself therein. …In Europe, therefore, there prevails this infinite thirst for knowledge which is alien to other races. …the European mind…subdues the outer world to its ends with an energy which has ensured for it the mastery of the world.’

What comprises the reason that this European master of ‘Reason’ and ‘the rational’ asserts? He rightly looks past the propositional but adheres to the linguistic and conceptual. Is it not philosophic to question beyond these as well? Does not his own life and work provide ample justification?