Nicholas of Cusa (1401-1464), detail of relief ‘Cardinal Nicholas before St. Peter’ on his tomb by Andrea Bregno, church of St. Peter in Chains, Rome

Your treatment of Cusanus from the perspective of bourgeois ideology – interspersed with nineteen product placements, appropriately detailed for those keen to make a purchase – was very interesting. Perspectivism, reconciliation, the acknowledgement and acceptance of difference and diversity… True, but why ‘neo-Platonic’ once and ‘Plotinus’ never? Could Inigo Bocken really believe that the reason why Cusanus is known as a mystic is because he had an aptitude for religious paradox? Cusanus was a Christian Neoplatonist. What are you collectively afraid of?

Now that the ideological caravans of modernism and post-modernism have run out of steam, what next? Mysticism? But this is a very hot potato – for two reasons:
– the primary Western form – Neoplatonism – has been treated by generations of academics as the pornography of modern Western philosophy, even as its Siren call has been eagerly responded to, particularly by male philosophers, and its profound influence on their work dissembled about or denied. To explore mysticism in this regard threatens to undermine gods, expose lies, damage careers and lay bare a cultural arrogance and self-delusion that we in the West are the champions of ‘Reason’ while others stare at their navels or are obsessed with filial piety
– as Marx recognised, its contradictory core is nothing but revolutionary. It rings the bell for the passing of all and everything but matter in motion itself – it speaks of a mobile infinity…’in some strange way’

No sooner did you present this genius and humanist to us than you buried him in the very academicism he despised and reacted against. Your speakers have sought to contain and gut the subject and bleed the passion that has inspired so much.

I think of Morawski’s definition of ideology: a system of belief…delimited by interests.

…the negative as determined in the sphere of essence (is) the principle of all self-movement…External, sensuous motion itself is contradiction’s immediate existence. Something moves, not because at one moment it is here and at another there, but because at one and the same moment it is here and not here, because in this ‘here’, it at once is and is not. The ancient dialecticians must be granted the contradictions that they pointed out in motion; but it does not follow that therefore there is no motion, but on the contrary, that motion is existent contradiction itself. 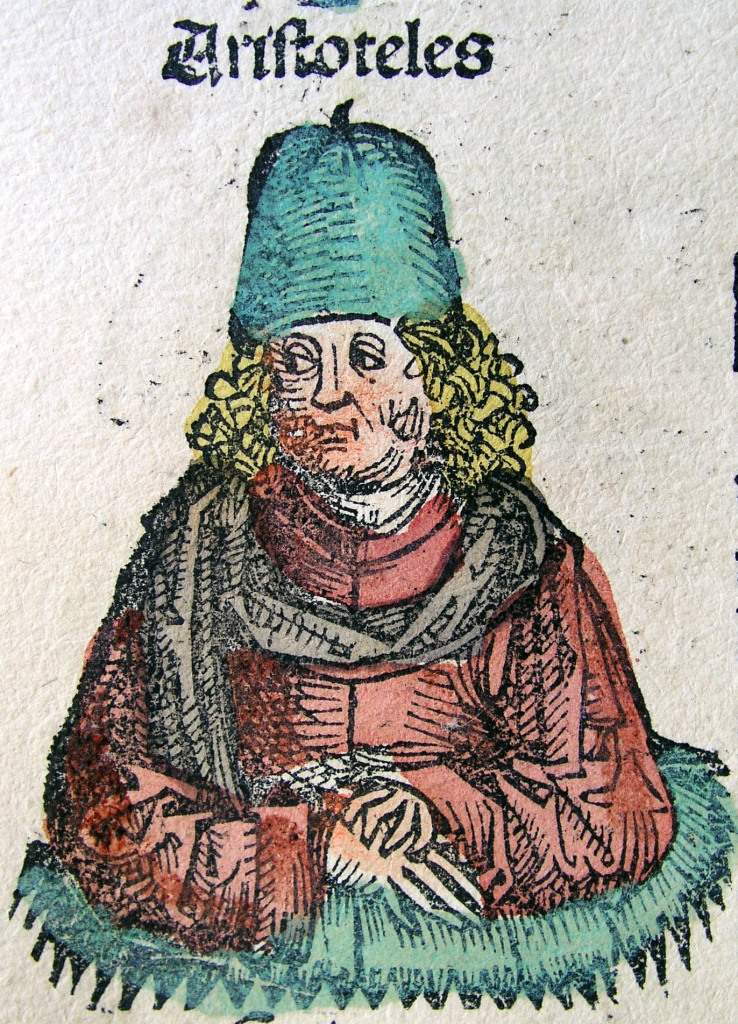 Frede wrote that the skeptic ‘thinks of himself as following Socrates…What I want to suggest is that Arcesilaus and his followers thought of themselves as just following Socratic practice’54 They may have thought that, but their approach was vastly different to that of Socrates.

Although Socrates relentlessly questioned others and stated that he knew nothing, he never said that the truth could not be known. Rather, his life was committed to what was an uncompromising essentialist pursuit, and he gave his life for it. Skepticism, on the other hand, is inherently conservative.

Refusing to ‘take a position’ on the truth of their views, the skeptic lives according to the laws and customs of their society. Empiricus wrote ‘we live in accordance with everyday observances, without holding opinions…By the handing down of customs and laws, we accept, from an everyday point of view, that piety is good and impiety bad.’55 Montaigne expressed it more colourfully ‘“since I am not capable of choosing, I accept other people’s choice and stay in the position where God put me.”’56

The relationship between skepticism and Neoplatonism (the great hidden – and when raised, denied – influence in philosophy), particularly from the early modern period requires research. In his book, Popkin several times mentioned Neoplatonism and Nicholas of Cusa and with regard to a 1652 Dutch study of skepticism in which Cusanus was discussed, he referred to him as a ‘modern skeptic.’57 In his introduction to Montaigne’s essays, Screech also referred to Cusanus.

In her 1935 essay on Montaigne and Melville, Camille La Bossière stated that Montaigne owned a copy of the 1576 edition of Cusanus’ single most important treatise De docta ignorantia (On Learned Ignorance). Montaigne’s skepticism is inseparable from his religious perspective which he powerfully exemplified in the closing section of his Apology, quoting at length from Plutarch and Seneca.

His adopted son summarised this ‘The only possible way of knowing God is to know him negatively, knowing what he is not. Positively, “True knowledge of God is a complete ignorance of Him. To approach God is to be aware of the inaccessible light and to be absorbed by it.”’58

The materialist acknowledges the importance of skepticism (doubt, self-criticism), but this is a skepticism which is not absolutised to the point of agnosticism and which recognises that theorising about the world is always a reflection of the world in thought and therefore must be anchored in the world, as the key element of cognition. In science this is the ‘the scientific method.’

Philosophical skepticism distinguishes between us and the world – in its prioritising of consciousness over objective reality through its concepts ‘mind’ and a ‘truth’ which is formal and absolute. In its treatment of our senses and reason. In its response to appearance as a barrier to knowledge rather than its entrance. In its denial of causality and inability to understand contradiction and its effect – change.

Philosophical skepticism fails to recognise and acknowledge that we have developed in order to know the world, as every part of our material structure, on the basis of engagement with the world, is the most astonishing evidence of. We are of the world (matter), will never leave it, and will vanish back into it. The very self-doubt that made philosophical skepticism so useful as a weapon makes it so useful ideologically. As Paul Lafargue wrote of the workingman’s sausage

‘The workingman who eats sausage and receives a hundred sous a day knows very well that he is robbed by the employer and is nourished by pork meat, that the employer is a robber and that the sausage is pleasant to the taste and nourishing to the body. Not at all, say the bourgeois sophists, whether they are called Pyrrho, Hume or Kant. His opinion is personal, an entirely subjective opinion; he might with equal reason maintain that the employer is his benefactor and that the sausage consists of chopped leather, for he cannot know things-in-themselves.

The question is not properly put, that is the whole trouble…In order to know an object, man must first verify whether his senses deceive him or not…The chemists have gone deeper – they have penetrated into bodies, they have analysed them, decomposed them into their elements, and then performed the reverse procedure, they have recomposed them from their elements. And from the moment that man is able to produce things for his own use from these elements, he may, as Engels says, assert that he knows the things-in-themselves. The God of the Christians, if he existed and if he had created the world, could do no more.’59

54. ‘The sceptic’s two kinds of assent and the question of the possibility of knowledge’ op. cit., 258 ↩

56. The History of Scepticism: From Savonarola to Bayle, op. cit., 52 For Montaigne, Pyrrhonism annihilates man’s ‘judgement to make more room for faith; neither disbelieving nor setting up any doctrine against the common observances; humble, obedient, teachable, zealous; a sworn enemy of heresy…He is a blank tablet prepared to take from the finger of God such forms as he shall be pleased to engrave on it.’ ‘Montaigne and Scepticism’ op. cit., 187 ↩

57. Ibid., 162. Also ‘Prior to the period I shall deal with, there are some indications of a sceptical motif, principally among the antirational theologians, Jewish, Islamic, and Christian. This theological movement, culminating in the West in the work of Nicholas of Cusa in the fifteenth century, employed many of the sceptical arguments in order to undermine confidence in the rational approach to religious knowledge and truth.’ xix. Skepticism is not the same as apophaticism – the primary difference being that where the skeptic holds that the truth cannot be known, the apophaticist holds that while the truth (meaning God) cannot be known linguistically, through ‘reason’, it (He) can be known (attained) intuitively. Cusanus wrote with profound foresight about the world. ↩