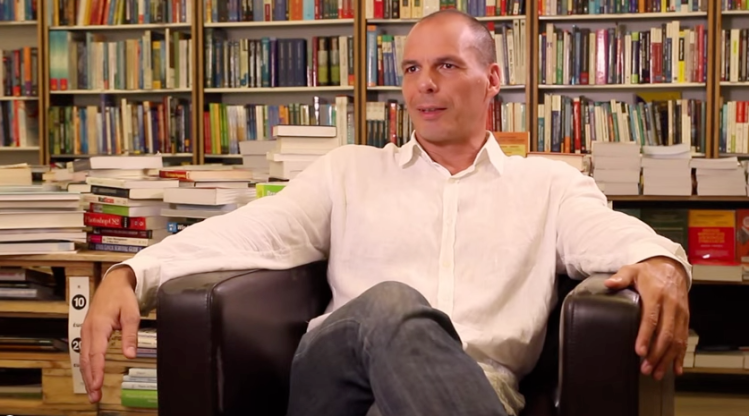 Plato didn’t do too well when he ventured from the academy into the real world.

Varoufakis has done much worse.

He strode onto the EU stage and won the spotlight by standing up to the Germans, technocrats and assorted agents of capital.

He told them how it is.

He boasted to you of the number of votes he had been given by his people.

He has ridden the crest of the wave of world-famous Greek democracy and spoke of the resounding ‘No!’ referendum vote as though it were the realisation of a beautiful dream – the Greeks at their best.

Romantic nostalgia for all to hear.

But as soon as it became no longer an adventure on the grandest scale, no longer possible to put off the reality, compromise and slog of teamwork politics internally and the difficulty of dealing with domination, greed and vengefulness from capitalist nations externally, he resigned the central position of leadership entrusted to him in magnificent style – the cause lay with everyone else.

He abandoned his radiant chariot mid-firmament and left Tsipras et al to carry the can into a rapidly worsening situation of world-historical importance.

The Greeks are now in very serious trouble yet Varoufakis has had his great moment, standing before the billowing flag of white and blue, Parthenon floating in soft-focus behind that, all in the Byronic manner.

You asked him if he will stay in politics and he replied ‘Of course’ but the Delphi oracle has spoken to me – she whispered that now he has taught the world the difference between Cynic and cynicism, it will be much sooner than later that academia embraces Varoufakis again.

He is a masterclass on himself.