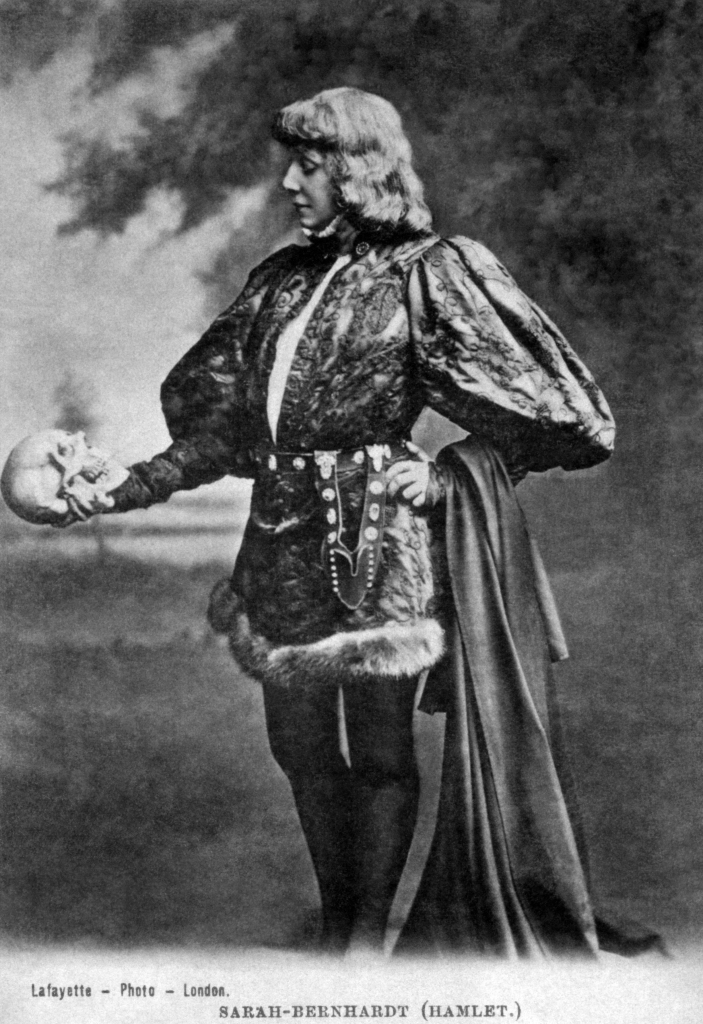 Sarah Bernhardt as Hamlet ‘…she described her character as “manly and resolute, but nonetheless thoughtful…[he] thinks before he acts, a trait indicative of great strength and great spiritual power”.’ (Wikipedia)

And if there were an intermediate of contradictory statements, then it would either be like grey between black and white or like the non-man-non-horse between man and horse.’