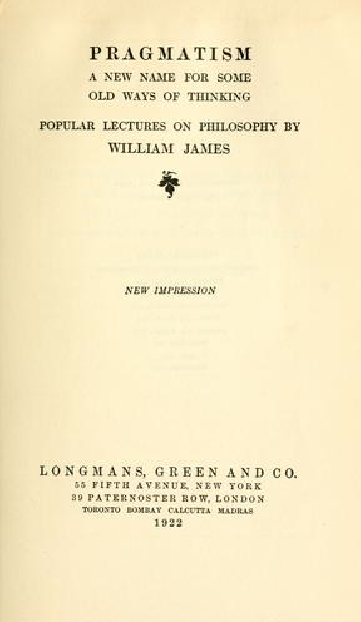 Here is another example of how the widespread currents of reactionary bourgeois philosophy make use of Machism in practice. Perhaps the “latest fashion” in the latest American philosophy is “pragmatism” (from the Greek word “pragma” – action; that is, a philosophy of action). The philosophical journals speak perhaps more of pragmatism than of anything else. Pragmatism ridicules the metaphysics both of materialism and idealism, acclaims experience and only experience, recognises practice as the only criterion, refers to the positivist movement in general, especially turns for support to Ostwald, Mach, Pearson, Poincaré and Duhem for the belief that science is not an “absolute copy of reality” and… successfully deduces from all this a God for practical purposes, and only for practical purposes, without any metaphysics, and without transcending the bounds of experience (cf. William James, Pragmatism, A New Name for Some Old Ways of Thinking, New York and London, 1907, pp. 57 and 106 especially1). From the standpoint of materialism the difference between Machism and pragmatism is as insignificant and unimportant as the difference between empirio-criticism and empirio-monism. Compare, for example, Bogdanov’s definition of truth with the pragmatist definition of truth, which is: “Truth for a pragmatist becomes a class-name for all sorts of definite working values in experience” (ibid., p. 68)2.

1. From the pages referred to by Lenin in the 1907 edition of James’ Pragmatism:

p. 57 ‘The laws (of science) themselves, moreover, have grown so numerous that there is no counting them; and so many rival formulations are proposed in all the branches of science that investigators have become accustomed to the notion that no theory is absolutely a transcript of reality, but that any one of them may from some point of view be useful. Their great use is to summarise old facts and to lead to new ones. They are only a man-made language, a conceptual short-hand, as some one calls them, in which we write our reports of nature; and languages, as is well known, tolerate much choice of expression and many dialects.

pp. 106-107 ‘…the true objection to materialism is not positive but negative. It would be farcical at this day to make complaint of it for what it is, for ‘grossness.’ Grossness is what grossness does – we now know that. We make complaint of it, on the contrary, for what it is not – not a permanent warrant for our more ideal interests, not a fulfiller of our remotest hopes.

The notion of God, on the other hand, however inferior it may be in clearness to those mathematical notions so current in mechanical philosophy, has at least this practical superiority over them, that it guarantees an ideal order that shall be permanently preserved. A world with a God in it to say the last word, may indeed burn up or freeze, but we then think of him as still mindful of the old ideals and sure to bring them elsewhere to fruition; so that, where he is, tragedy is only provisional and partial, and shipwreck and dissolution not the absolutely final things. This need of an eternal moral order is one of the deepest needs of our breast.’ ↩

2. Some more examples of the idealist maudlin mush of James’ philosophy:

p. 68 ‘…pragmatism may be a happy harmoniser of empiricist ways of thinking with the more religious demands of human beings.’ ↩ 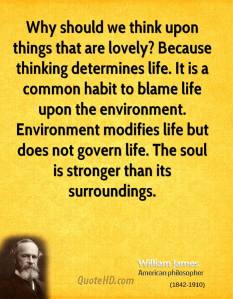 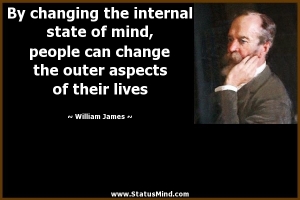 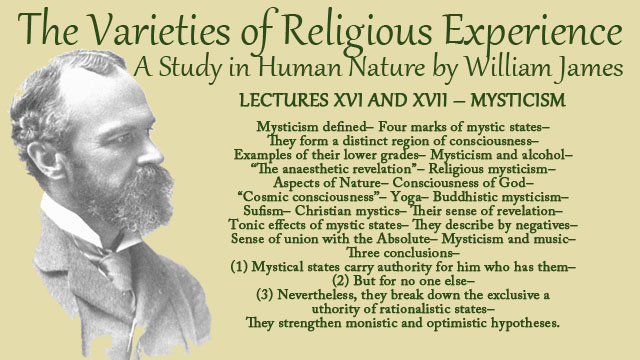 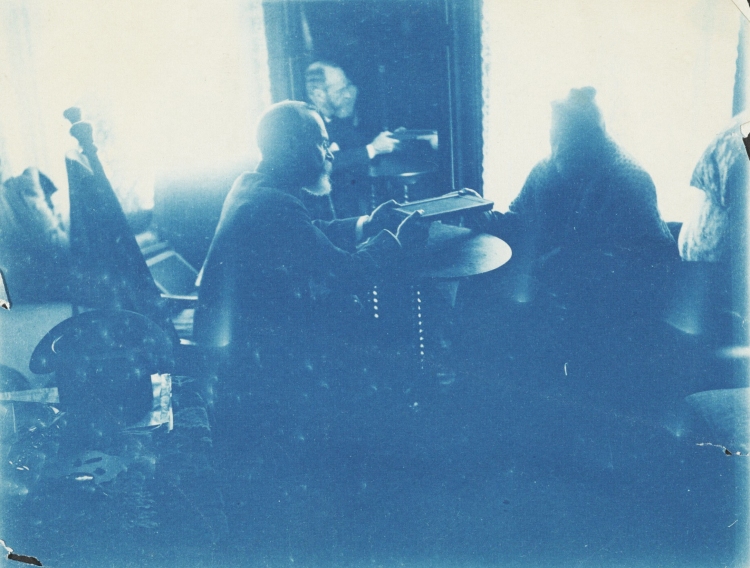 William James in a séance with medium Mrs. Walden. n.d.