By Patrick Martin Source: WSWS.org The announcement Friday by the US Department of Justice that a federal grand jury has returned criminal indictments against 13 Russian citizens and three Russian companies, charging illegal activities in the 2016 US presidential election, has become the occasion for a barrage of war propaganda in the American corporate media. […]

Again, I highly recommend both the article and video. What is taking place in the US (re- the charge of Russian interference in the US democratic process – that it should even be contemplated should be used in first year psychology as a first-rate example of doublethink) is once again being parroted in Australia by the capitalist class via their political and media lackeys in their less noisy charging of Chinese interference in the democratic process of this country – less noisy because of the dependence of the Ozzie economy and ‘laid-back’ lifestyle on Chinese cash, without which Australia would have been mere bubbles on the surface of the briny after the GFC.

The Ozzies have got to be careful (toadying to their masters while not upsetting the Chinese too much) but you can see the emerging structure – the ‘free world’ once again defending itself from those sly, manipulative communists (the Russians will never be forgiven for having had the first socialist revolution) – as China rises to global domination and the US (capitalist class) inevitably loses the position Trump was put into the presidency to maintain. 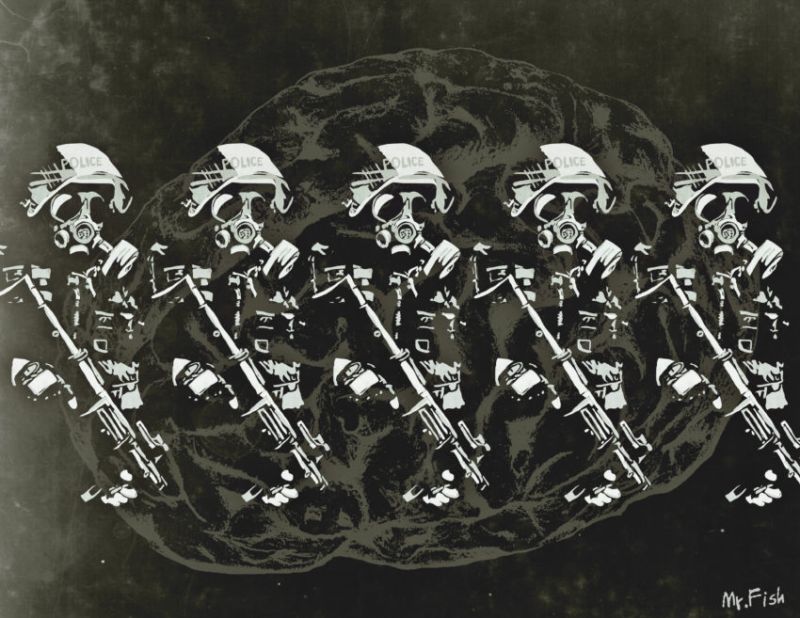 By Chris Hedges Source: TruthDig The abolition of net neutrality and the use of algorithms by Facebook, Google, YouTube and Twitter to divert readers and viewers from progressive, left-wing and anti-war sites, along with demonizing as foreign agents the journalists who expose the crimes of corporate capitalism and imperialism, have given the corporate state the […]

via Thought Police for the 21st Century — Desultory Heroics

I highly recommend both the article and webinar (in which North’s left hand, frequently patriarchally reaching towards and tapping on Hedges was both informative and distracting).