Now that the ideological caravans of modernism and post-modernism have run out of steam, what next? Mysticism? But this is a very hot potato – for two reasons: the primary Western form – Neoplatonism – has been treated by generations of academics as the pornography of modern Western philosophy, even as its Siren call has been eagerly responded to, particularly by male philosophers, and its profound influence on their work dissembled about or denied. To explore mysticism in this regard threatens to undermine gods, expose ideologically motivated lies, damage careers and lay bare a cultural arrogance and self-delusion that we in the West are the champions of (the Man of) ‘Reason’ while others stare at their navels or are obsessed with filial piety and particularly, as Marx recognised, its contradictory core, now absorbed by him into materialism, is nothing but revolutionary. It rings the bell for the passing of all and everything but matter in motion itself – it speaks of a mobile infinity.

Thank you very much for your generous comment. What I particularly liked and is for me ‘the guts’ of Corinna’s and Gerry Gold’s essay is that two people who understand dialectics and write very clearly on it are not only calling for a major development of dialectics but, in the same essay, refer to ‘a new science of consciousness studies…rapidly moving into an area previously thought to be the reserve of those who believe in UFOs, ESP, table-knocking and “mind over matter”’.

I understand from this that not only are they calling for a development based on science of what we already know of dialectical laws and logic (a knowledge tested in practice), but they hold that that research should be undertaken in any area that could contribute to that development. It is to this that I responded.

In my view, there are two ways of thinking dialectically, which are intertwined in The Enneads – using concepts consciously and intuitively, subconsciously (I used both ways of thinking towards this reply – hence the slight delay). Plotinus did not clearly distinguish them. Hegel, as a Neoplatonist, subscribed both to patriarchal and intuitive reason, and, living after a long history of development within Neoplatonism, took Neoplatonism to its consummation.

Marx took only one half of this current further (that of conscious reason and conceptual analysis) standing it on its material feet. He rejected the other half (that of intuition and subconscious reason) as idealist mysticism. He did this both because he was not a Neoplatonist and because of the domination in the West of patriarchal reason (‘The Man of Reason’). This is why I emphasise that what Plotinus initiated was not just Neoplatonism, but more importantly, a continuum.

To recognise this continuum and the place of Marxism on it is, I think, crucial to a further development of that current in its entirety, now dialectical materialism.

With regard to ‘mind’: my understanding of all scientific studies regarding our thoughts, speech and actions is that they are directed towards those parts of the physical body responsible for them (brain, muscles etc.), not to a ‘mind’. I definitely do not accept that there is a ‘mind’ or are ‘minds’. As Lenin wrote ‘From living perception to abstract thought, and from this to practice, such is the dialectical path of the cognition of truth, of the cognition of objective reality.’ 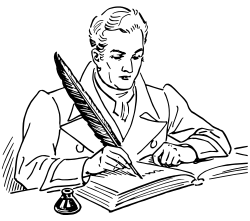 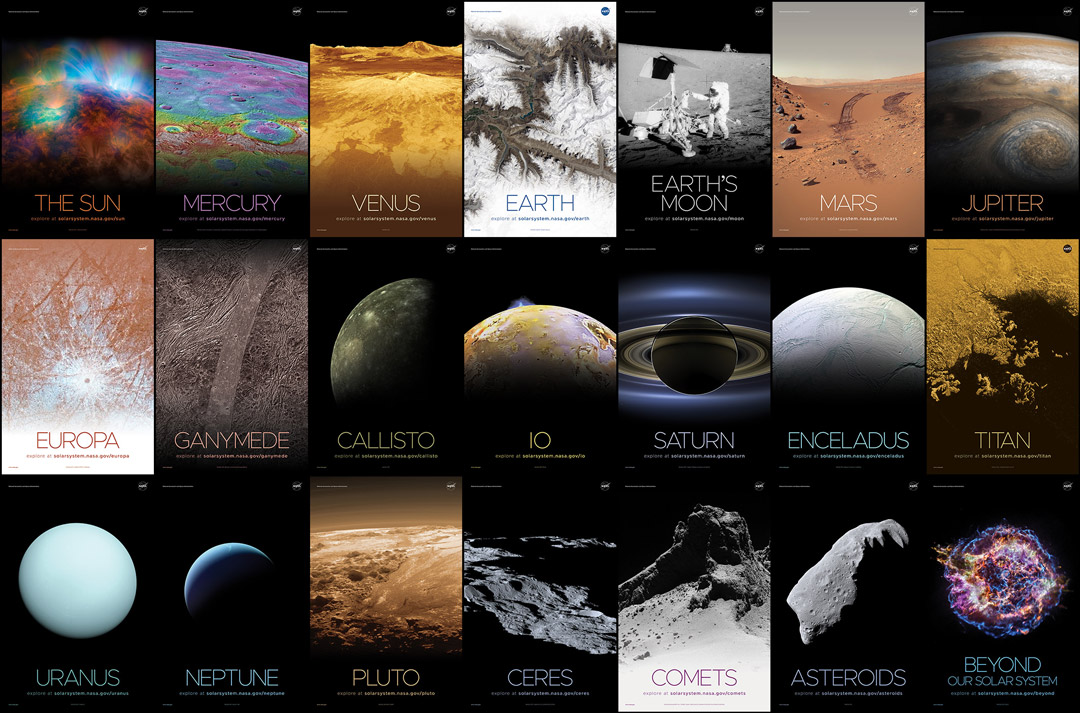 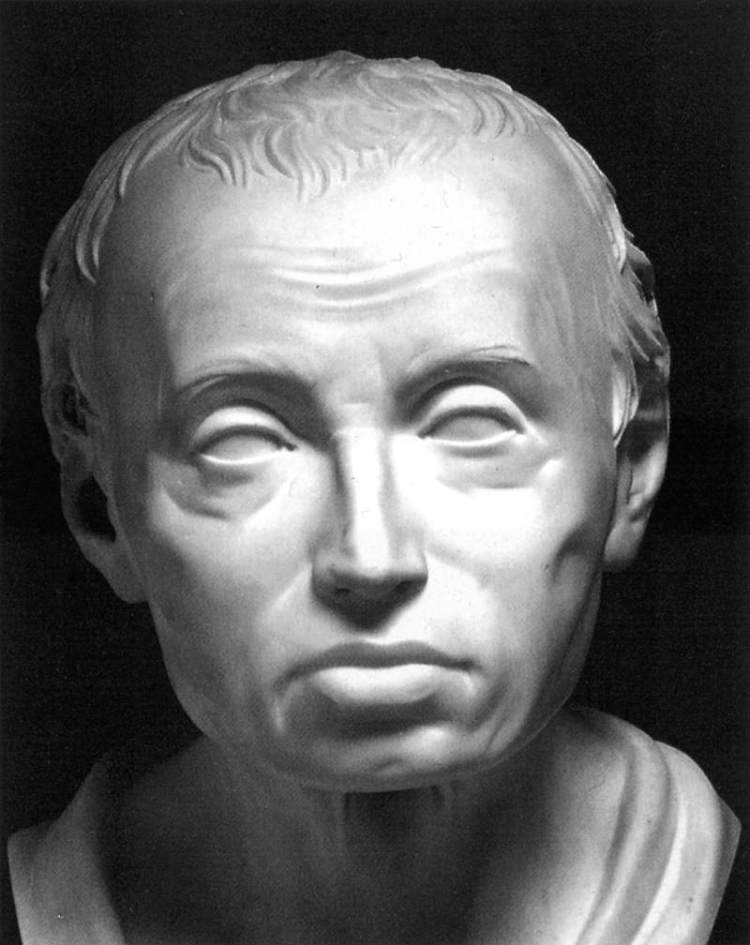 The question at issue is Marx’s second Thesis on Feuerbach and Plekhanov’s translation of the word Diesseitigkeit.

Here is the second Thesis:

“The question whether objective truth can be attributed to human thinking is not a question of theory, but is a practical question. In practice man must prove the truth, i.e., the reality and power, the ‘this-sidedness’ of his thinking. The dispute over the reality or non-reality of thinking which is isolated from practice is a purely scholastic question.”

Instead of “prove the this-sidedness of thinking” (a literal translation), Plekhanov has: prove that thinking “does not stop at this side of phenomena”. And Mr. V. Chernov cries: “The contradiction between Marx and Engels has been eliminated very simply…It appears as though Marx, like Engels, asserted the knowability of things-in-themselves and the ‘other-sidedness’ of thinking” (loc. cit., p. 34, note).

What can be done with a Voroshilov whose every phrase makes confusion worse confounded! It is sheer ignorance, Mr. Victor Chernov, not to know that all materialists assert the knowability of things-in-themselves. It is ignorance, Mr. Victor Chernov, or infinite slovenliness, to skip the very first phrase of the thesis and not to realise that the “objective truth” (gegenständliche Wahrheit) of thinking means nothing else than the existence of objects (“things-in-themselves”) truly reflected by thinking. It is sheer illiteracy, Mr. Victor Chernov, to assert that from Plekhanov’s paraphrase (Plekhanov gave a paraphrase and not a translation) “it appears as though” Marx defended the other-sidedness of thought. Because only the Humeans and the Kantians confine thought to “this side of phenomena”. But for all materialists, including those of the seventeenth century whom Bishop Berkeley demolished (see Introduction), “phenomena” are “things-for-us” or copies of the “objects in themselves”. Of course, Plekhanov’s free paraphrase is not obligatory for those who desire to know Marx himself, but it is obligatory to try to understand what Marx meant and not to prance about like a Voroshilov. 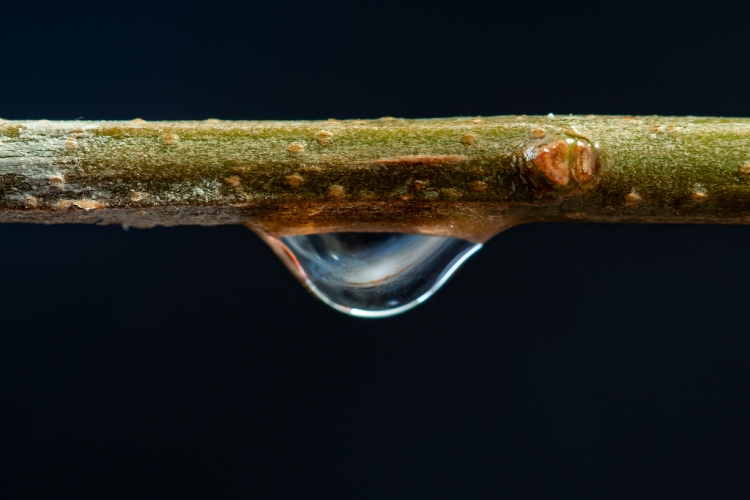 A little drop of galaxy

‘The philosophical way of putting the facts is no mere whim, once in a way to walk on one’s head for a change, after having walked for a long while on one’s legs…it is because the method of physics does not satisfy the Notion, that we have to go further.’

‘The mystification which the dialectic suffers in Hegel’s hands by no means prevents him from being the first to present its general forms of motion in a comprehensive and conscious manner. With him it is standing on its head. It must be inverted, in order to discover the rational kernel within the mystical shell.’ 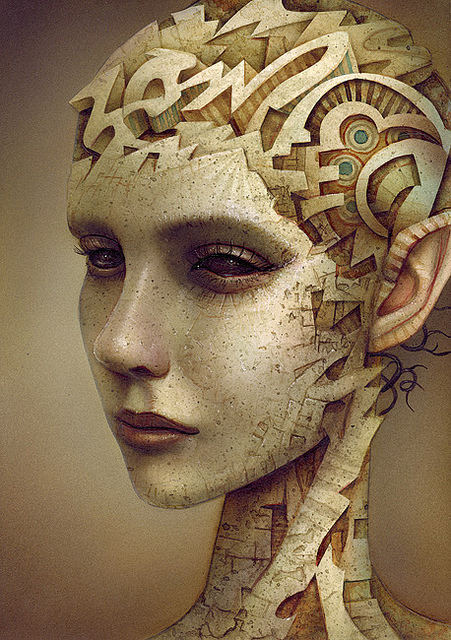 What the Man of Reason (linguistic, conceptual, propositional and academic) refuses to acknowledge

…it is also inadequate to…(say) vaguely that it is only in the waking state that man thinks. For thought in general is so much inherent in the nature of man that he is always thinking, even in sleep. In every form of mind, in feeling, intuition, as in picture-thinking, thought remains the basis.

Astronomy Picture of the Day 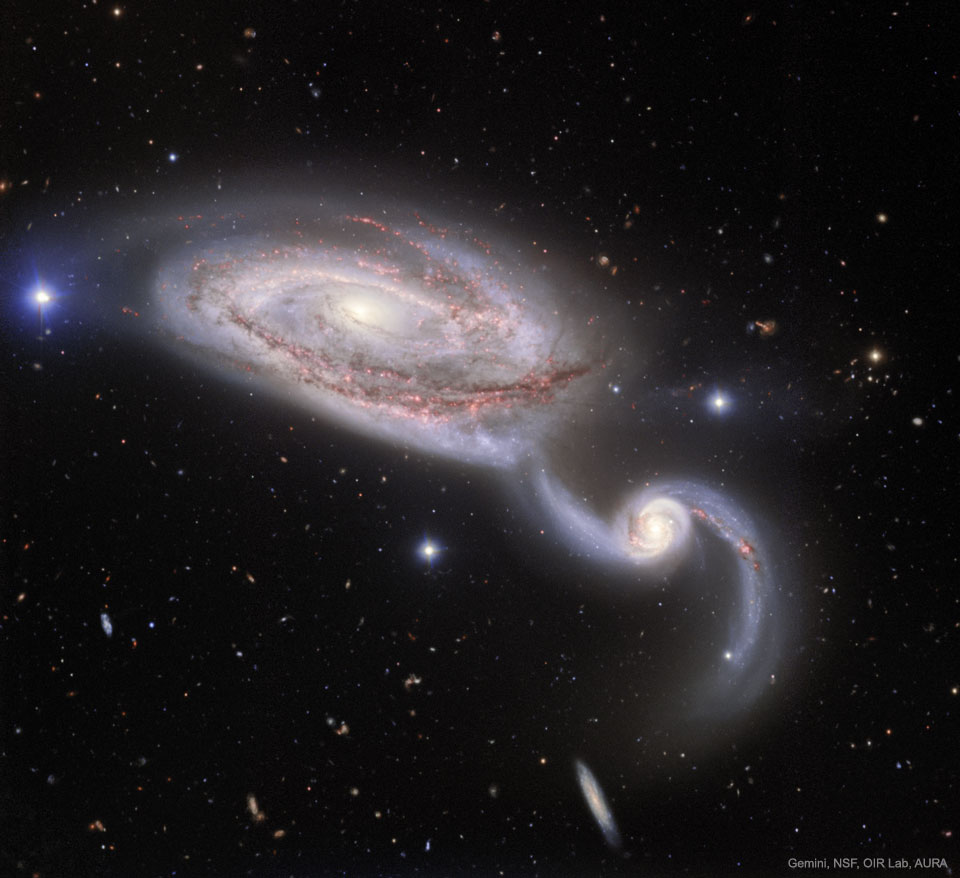 ‘Let us, then, make a mental picture of our universe: each member shall remain what it is, distinctly apart; yet all is to form, as far as possible, a complete unity so that whatever comes into view, say the outer orb of the heavens, shall bring immediately with it the vision, on the one plane, of the sun and of all the stars with earth and sea and all living things as if exhibited upon a transparent globe.’  Plotinus, The Enneads, V.8.9 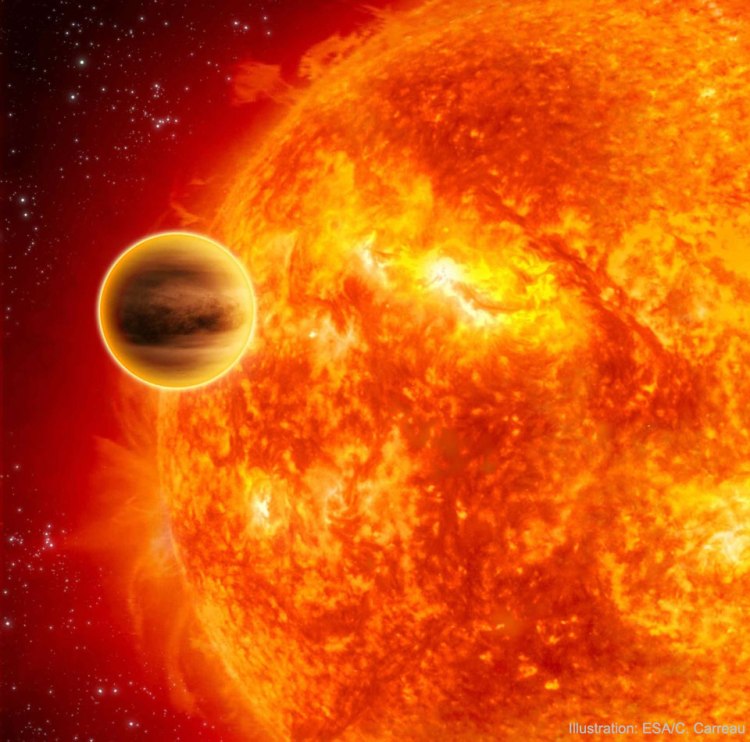 NGTS-10b: Discovery of a Doomed Planet 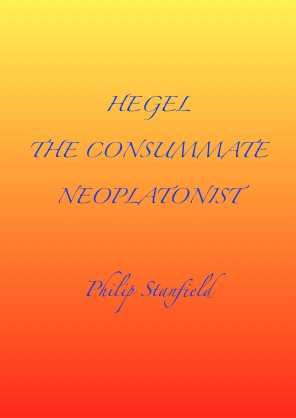 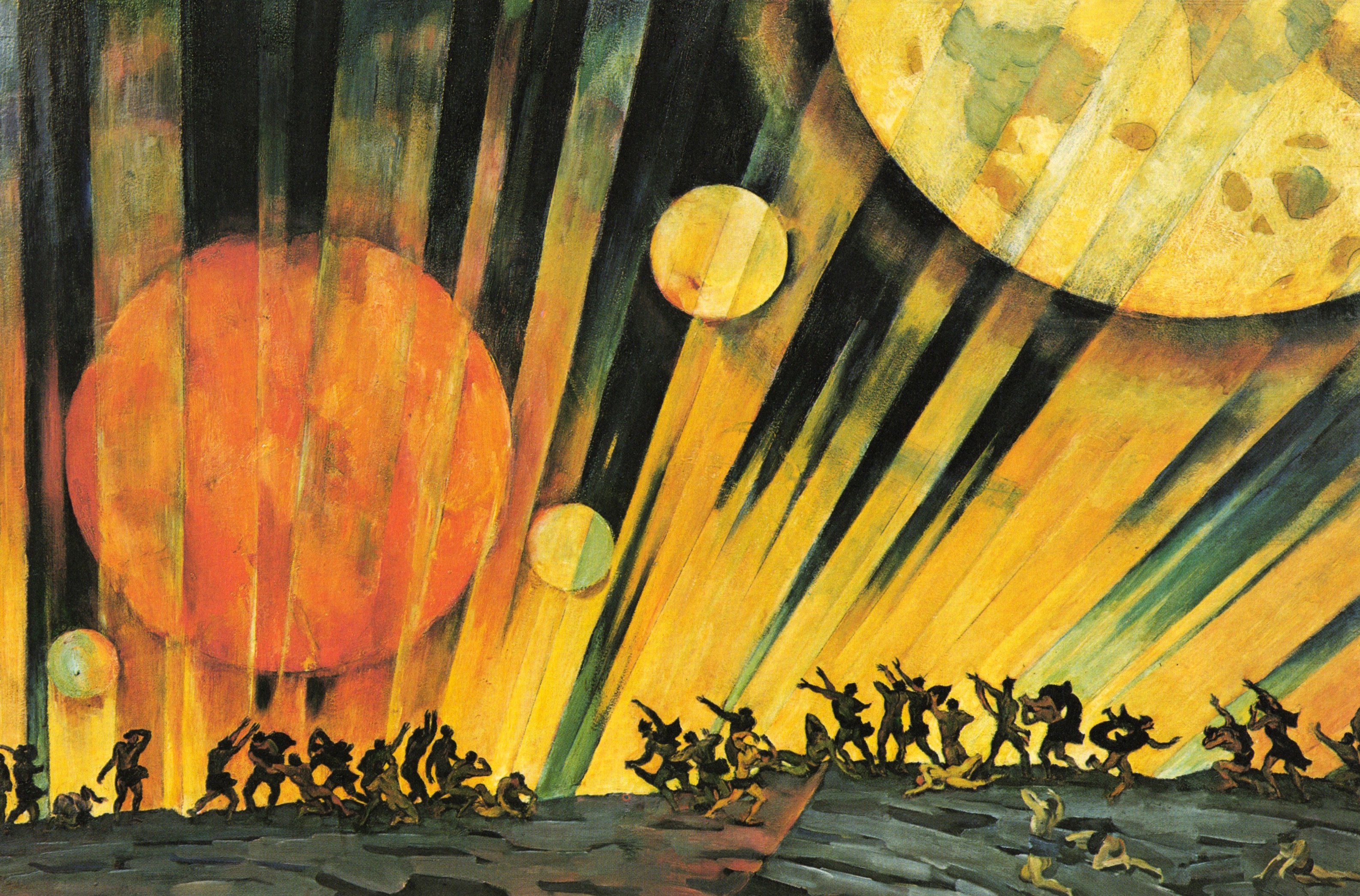 I address Magee’s claim that Hegel was an Hermeticist and argue that Magee misrepresented both the Hermetica and Hermeticism in order to argue that claim. I also argue that the response of the ideologues of the bourgeoisie to the revolutionary core that Marx and Engels brought out in Neoplatonism encapsulates why Hegel’s thorough-going Neoplatonism is not acknowledged by them. With ‘the tremendous power of the negative’ – the source of all development, before which everything is also ‘doomed’ – as that core, this current is the greatest current in Western philosophy, and now, as dialectical materialism, is the epistemology of the future. 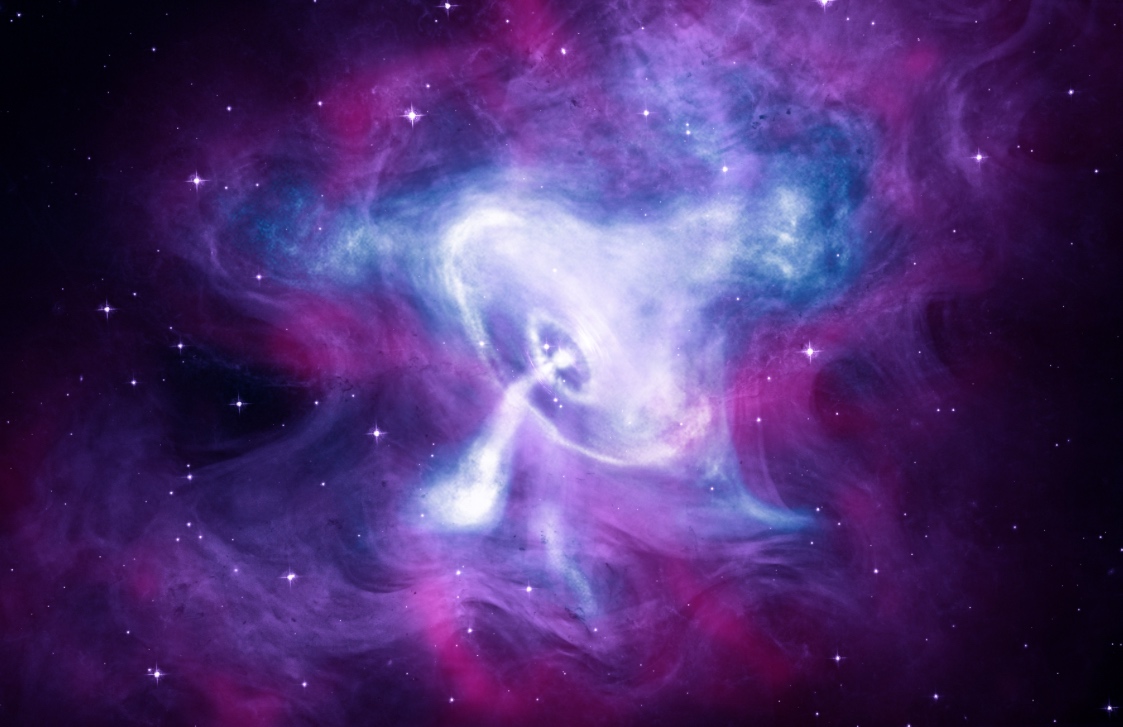 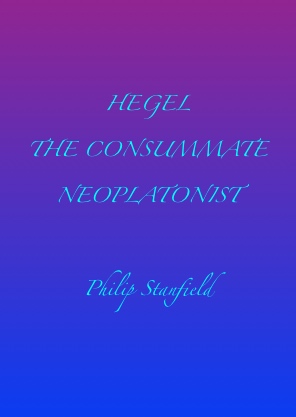