Charlotte Grieve, ‘Behind every number is a student’: survey finds widespread racism in schools’, The Sydney Morning Herald, 27.08.19

One in five African students has been threatened by another student and almost half of East Asian students have been called names, according to a survey of 4600 state school pupils across Victoria and NSW.

Racism and religious intolerance remain widespread in Australia’s primary and secondary schools, researchers from Australian National University have found, with discrimination coming from both students and teachers.

Tanzanian Year 11 student Emmanuel Asante was threatened on the grounds of his south Sydney school by another student, who called him a “black monkey” and ordered him to get off the soccer pitch.

“I felt sad and I felt that I wasn’t welcome. I didn’t play soccer again. Never again,” he says now, one year after finishing high school.

Mr Asante became depressed during school, and said that while family and relationship issues were the main causes, “being racist to me added oil to the flames”.

This form of bullying can have serious lifelong consequences, according to lead researcher Associate Professor Naomi Priest, contributing to mental and physical health problems and even undermining future employment opportunities as students become discouraged and disengaged.

“We talk about the numbers of students who experience racism and we look at the percentages. But it’s important to remember that behind every number is a student, a family, a community.”

The researchers found that one third of students had been subjected to racism from other students – from teasing to physical violence – and six in 10 witnessed it. Professor Priest said she was not surprised by the results.

“Schools are a microcosm of wider society,” she said. “We know racism is a major issue in our community, we’re seeing the rise of the far right and white nationalism around the globe.”

Religious intolerance was also found to be rife, with one in four students surveyed reporting they’d been bullied because of their faith.

While only 2.35 per cent of the students surveyed said they were Muslim, more than half of them said they’d been bullied for their faith. 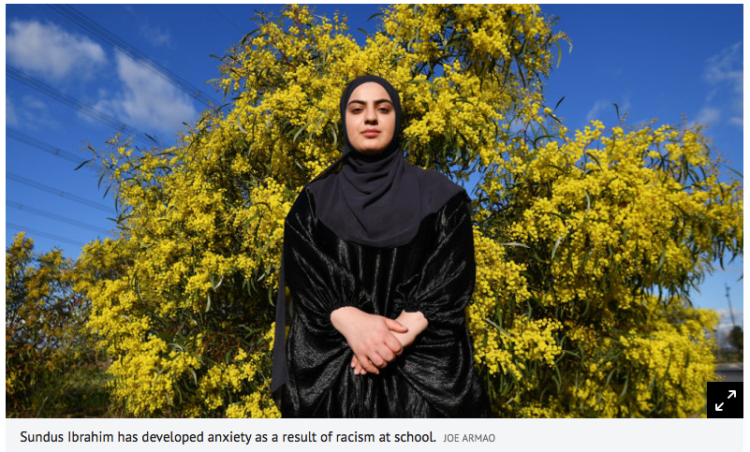 Throughout her schooling in Melbourne’s northern suburbs, Sundus Ibrahim was bullied for wearing the hijab – other children yanked at her head scarf, asked why she wore it or screamed “I hate you” while pointing at her head.

Ms Ibrahim, who graduated two years ago, describes herself as having a “big personality” but “at school I felt small”.

She tried to brush it off but grew so anxious she now feels afraid when alone in public.

Teachers can also be racist, the students told researchers: one in 10 said their teachers was racist towards them and nearly half said they had seen teachers racially discriminating against other students.

Braybrook VCE student Praise Morris said her friend was barred from her economics class because there were “too many black students” and they would “turn the class into a party”.

The students wrote a letter to the principal complaining about the incident but Ms Morris said the teachers tried to downplay the event, rather than deal with it.

“Instead of just taking ownership of what happened, they said you might have perceived it wrong…It really discourages you from even trying in school. What’s the point of trying to prove something if they already have the perception that I’m going to fail?”

The researchers hope to repeat the survey so they can track changing attitudes in schools. 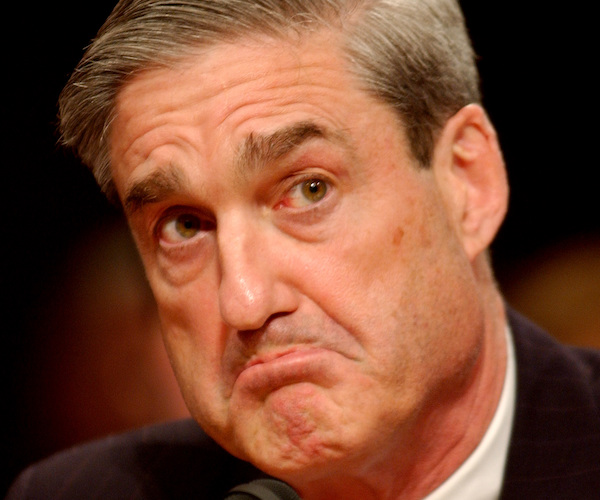 By Barry Kissin Source: OpEdNews.com Introductory Disclaimer: I have never voted Republican for Federal office and I deplore most of what Fox News has to offer. I am currently registered Democrat in order to vote in the Presidential primary for either Bernie Sanders or Tulsi Gabbard. Going on three years ago, on Nov. 12, 2016, […]

By Oliver Boyd-Barrett Source: Consortium News For over two years Russiagate has accounted for a substantial proportion of all mainstream U.S. media political journalism and, because U.S. media have significant agenda-setting propulsion, of global media coverage as well. The timing has been catastrophic. The Trump administration has shredded environmental protections, jettisoned nuclear agreements, exacerbated tensions with U.S. rivals and pandered to […]