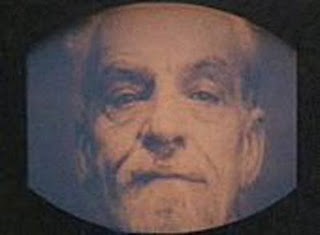 thank you for posting my comment on your Facebook page and for sharing a couple of the comments with me – I appreciate that. As a materialist, I obviously don’t subscribe to mysticism. I subscribe to the truth – to saying of what is that it is. The origin of materialist dialectics is mystical (particularly Neoplatonic) philosophy which Marx stood right way up – on its material feet.

I firmly believe that materialist dialectics are the epistemological way forward but that they need to be further developed (just as Marx and Engels developed materialism from mechanical to dialectical). To do so, first their origins need to be acknowledged and understood and then the whole course of their development needs to be reviewed – in order to address the shortcomings of Marx’s epistemology.

In response to the second comment, I agree that Trump has enemies in the 1% – because he is exposing them, their real nature – he is ‘gloves off’. I would make the point again that personalities are used to distract from the fundamentals – class, class domination and class exploitation. I am by no means the first to write that ‘the times’ summon forth the leaders, not the other way round.

Political leaders are reflections of dynamic class relations and to focus on them at the expense of losing focus on how those class relations are playing out overall is a prime ploy of the capitalist media. In Orwell’s 1984 Goldstein was the enemy of the state and the threat to ‘peace’ and ‘stability’.

While a person’s attention is being focused on the power plays of individuals, it is being distracted from the ‘big picture’ – the relations between the classes comprising their society. From that perspective, Trump and his team of thugs are doing something very important – and dangerous for their class’s long-term interests – because they, in their aggression and brutality, have put class relations centre-stage – not only in the US but, because of the significance of the US, in the West generally.

3 thoughts on “Reply to Ogbeni Ayotunde”